Into The Great Bluetiful Yonder

Blue is one of the most common answers when people are asked, “What’s your favorite color?” We associate blue with peace and calm. However, the concept of blue as a word and unique color is relatively new to the human world.

What does that mean? In ancient writings, colors are strange. In Homer’s “Odyssey,” the word for “blue” never appears. The ocean is described as “wine-dark.” In other ancient Greek texts, as well as the Koran and ancient Chinese writings, it’s the same story. The only colors mentioned are black (often called “dark”), white (known as “light”), and sometimes red and yellow. The only ancient culture with a word for “blue” were the Egyptians. They were also the only culture to develop a blue pigment. In written languages, the last color to appear is always blue. The reason might be because blue doesn’t appear in nature that often. The ancients recognized green, and perhaps just grouped everything blue into the same category. 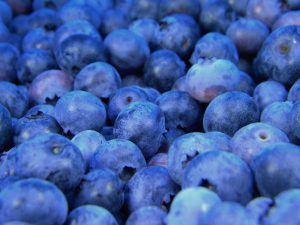 Blueberries – one of the few naturally-occurring blues

This doesn’t mean that humans started out seeing just black and white, and gradually saw more colors over the years. It does mean that they just didn’t use separate words to set them apart from

each other. Interestingly enough, however, an MIT study with a tribe in Namibia revealed that when a culture does not have a word for blue, they have trouble picking it out among different shades of green. They do have a bunch of different words for green, however, and were able to pick out a different shades very quickly.

Another MIT study, this time with Russian speakers, focused on the fact that there is no single word for “blue” in Russian. Instead, they have distinguishing words like “light blue” and “dark blue.” The Russian speakers were able to pick out different shades of blue much quicker than English speakers. This supports the idea that without a word to differentiate a color, humans have trouble seeing it clearly.

When we see colors, we’re really just seeing reflections of light that our brains then translates into certain colors. The type of wavelength of the reflected light determines the color. Because of how our eyes are designed, we don’t see the entire spectrum. There are shades of blue that the human eye has not seen and that don’t exist in nature. To get these “new” colors, they have to be created. Only two have been produced in the last few centuries.

In the early 19th century, Louis Jacques Thenard developed cobalt blue by roasting cobalt arsenate and phosphate with alumina. He then mixed the pigment in oil and gum media, and production of the color for artists started in 1807. There is evidence that others might have gotten very close to cobalt blue before him, especially on the blue-and-white porcelain of China, but Thenard is most commonly-credited. 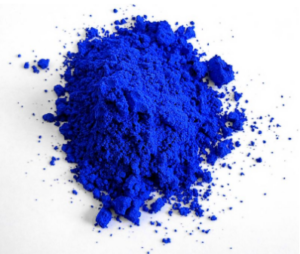 In 2009, the latest blue was discovered completely by accident. While heating black manganese oxide with other chemicals in an oven scalding at 2,000 degrees, a graduate student spotted a gorgeous color. The compound was called YInMN blue. What makes it special and gives it its intense color is that the pigment only reflects blue light, while also absorbing green and blue light. It also reflects 40% of long wavelength infrared light, but no red actually appears visible to our eyes. What that light does, however, is create a warming effect, so if you painted the roof of a house in that color, it helps keep houses cooler.

You probably haven’t seen this color in many places yet, but you will soon, because Crayola will be releasing it as a replacement for a yellow crayon. Just this September, they chose the color’s new name out of 90,000 suggestions. “Bluetiful” will be coming to a box later this year.

Finding The Magic In Matcha

Natural Disasters and Your Insurance Coverage