Amy’s Kitchen is known for their frozen foods that are 100% vegetarian, free from GMOs, and and free from hydrogenated fats and oils. In a world where it seems everything is artificial or processed in some way, Amy’s Kitchen stands out as a truly healthy alternative. 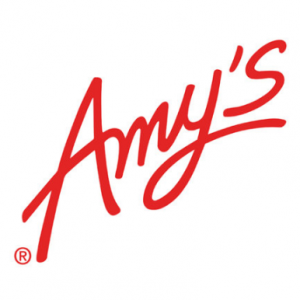 Andy and Rachel Berliner always valued high-quality food and a high quality of life. They met while both were on a spiritual retreat in India, and when Rachel became pregnant in 1987, they began making their own vegetarian and organic meals. Both had backgrounds in organic food. Rachel’s family had a garden and taught her everything about organic vegetables and fruits. Andy had once been the president of the Magic Mountain Herb Tea company. It made perfect sense that their love of organic food could not stay contained.

Their first product as a company, named after their daughter Amy, was a veggie pot pie. At first, they made them at home and sold them right out of their home, but they were so popular, they decided to expand. They began to sell in local stores, and soon added pizzas and soups. Today, they have over 250 products, from frozen burritos to pastas to desserts. They also offer gluten and dairy-free choices.

Andy and Rachel are perfectionists and committed to being organic. They support non-GMO food, GMO labeling, and buying locally whenever they can. When they started developing recipes for Indian and Hispanic cuisines, it took them five years to get what they wanted.

Amy’s Kitchen currently employs close to 2,000 people and has processing plants in states like California, Oregon, and Idaho. As a private company, their annual earnings are not known, but in 2012, they reported gross sales totally over $300 million. They are one of the leaders in the organic food industry, which has become worth $47 billion. In that competitive scene, Amy’s has never spent money on advertising, but thanks to social media, their sales of frozen entrees went up 70% within four years.

What does the future hold for Amy’s? The company’s namesake, Amy herself, is getting prepped to take over one day. In 2013, the Stanford grad went to England to help launch a small food processing plant. She said it was strange to be in a place where no one had heard of Amy’s, and were skeptical about whether or not “Amy” was even a real person. In general, England doesn’t take frozen vegetarian food seriously, so to be successful there, Amy’s Kitchen has its work cut out for them. While the daughter of the food empire isn’t sure if she’ll be as hands-on as your father, she is sure she would never sell the company. 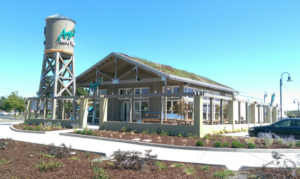 In 2015, Amy’s Kitchen made the huge step into the fast-food market by opening a drive-thru in California. The menu includes staples like burritos, pizza, veggie burgers, mac ‘n cheese, and healthy versions of chili-cheese fries and dairy-free milkshakes. In line with the company’s values, the ordering devices are solar-powered and packaging can be recycled. In the next few years, six more drive-thrus will open in the state with hopes of expanding nationwide. Keep an eye out; one might be coming your way soon!

Another major force in the “real food” industry is Bob’s Red Mill. Learn about the employee-owned company here!