House of Wax: The Story of Marie Tussaud

Home » Uncategorized » House of Wax: The Story of Marie Tussaud

You’ll know you’ve “made it” if you ever get a wax statue made for Madame Tussauds. This list includes presidents, historical figures, and celebrities. With exhibits in Asia, Europe, Australia, and North America, Madame Tussauds is one of the most enduring and popular attractions in the world. Who was “Madame Tussaud,” and what is her story?

Marie Tussaud was born in France in 1761 to Anne-Marie. Her father and Anne-Marie’s husband had died in the Seven Years’ War only two months before his daughter’s birth, so Anne-Marie went to Switzerland. She worked as a housekeeper for a doctor there – Philippe Curtius – and lived in his house. They were the only family Marie knew, and she would call Philippe “Uncle.”

Philippe had an unusual hobby. He made wax models, and became quite successful. He even made a waxwork of Louis XV’s last mistress before the king died. When Philippe moved to France, Marie and her mother went with him. There, Phillipe held an exhibition of his work. 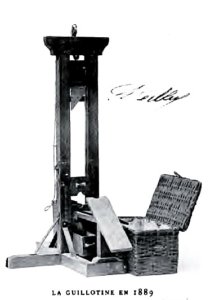 In 1977, Marie made her first wax model. Philippe had been teaching her, and she was so talented, she became to work for him. During the next few years, Marie worked on portraits of Rousseau and Benjamin Franklin. When the French Revolution began, Marie was nearly executed. She even had her head shaved in preparation for the guillotine, but she was spared thanks to Philippe’s connections. Marie was then hired to make death masks of Marie Antoinette, Robespierre, and Louis XVI. According to her memoirs, she would dig through piles of bodies and severed heads to find the most famous ones. 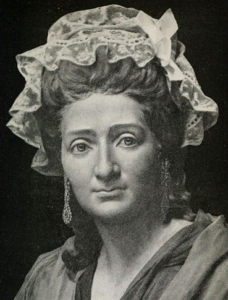 In 1794, Philippe died, leaving his waxwork collection Marie. She married Francois Tussaud, taking on his last name, and would have two sons. However, in 1802, she took the children and traveled through northern Europe showing her waxworks. She never saw her husband again,and in 1835, she established her first permanent exhibition in London. Her sons joined her, and even though Marie was in her 80’s, she could usually be found sitting at the entrance collecting entry fees. In 1850, Marie Tussaud died.

In 1884, Marie’s grandson moved the museum to Marylebone Road, where it still is today. Trouble plagued the business for a while, with a fire leading to its closure from 1925-1928, and the destruction of over 300 wax heads during an air raid in WWII. Madame Tussauds endured however, and went on to open multiple locations and include new and modern wax figures. Some have been controversial. In 2008, Berlin opened its first Madame Tussauds and displayed a figure of Hitler. A man broke through security and tore off its head, shouting “No more war!” His actions represented what a lot of people had felt after the announcement that Hitler would be included; they felt it trivialized the horrors of Nazism.

It does seem odd that someone like Hitler should be housed in the same museum as Justin Bieber, Johnny Depp, and other celebrities. Madame Tussauds has always been quite diverse, with different rooms devoted to all areas of cultural life. Not all the figures are well-done, however, with Beyonce being a prime example. When it debuted in Manhattan, people immediately pointed out that the skin tone was way too light. Her appearance in locations like Berlin have also raised eyebrows.

To find the Madame Tussauds closest to you, check out the website for info and tickets.

Marie Tussaud worked with wax. Some people work in butter.