Has Jack the Ripper Been Identified?

Home » Our World » Has Jack the Ripper Been Identified?

In August of this past year (2017), a diary discovered 25-years ago and signed by a man claiming to be Jack the Ripper was authenticated. Does this mean Jack the Ripper’s identity is finally known? Not necessarily.

The diary belonged to James Maybrick, a cotton merchant from Liverpool. It is 9,000 words, and contains a confession of the murders of five women. Maybrick signed it, “Yours truly, Jack the Ripper.” Since its discovery, researchers have been trying to determine whether or not it is genuine or a good forgery. After years of study, researchers decided that the diary found in 1992 was indeed discovered beneath the floorboards of a room that Maybrick had occupied. This makes the diary authentic, but it doesn’t make Maybrick’s claims true. Without DNA, there’s really no way to prove his words one way or the other.

Researchers have tried to identify Jack the Ripper with DNA. In 2007, Russell Edwards bought a shawl that supposedly belonged to one of Jack’s victims. It had never been washed, so Edwards hoped to find DNA on it. He began a long investigation into one of the suspects – Aaron Kosminski.

Kosminski was a Polish Jew who worked as a hairdresser in Whitechapel, the setting of the Ripper murders. In 1891, the same year the murders stopped, he was sent to an insane asylum. His link to the murders is a memo written by a police officer that simply reads “Kosminski.” 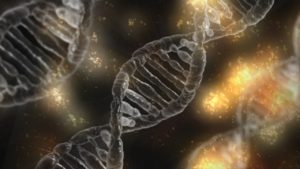 A DNA test used to identify Jack the Ripper was analyzed incorrectly, debunking its claims

Russell Edwards commissioned a molecular biologist – Dr. Louhelainen – to conduct a DNA investigation. He extracted mitochondrial DNA to compare to a descendant of the victim, and also descendants of Kosminksi’s sister. He announced that they matched, making Kosminski the murderer. However, he had made an error so basic that Australian crime bloggers noticed. Four other experts have come out and said that the error means the DNA could belong to literally anyone. Russell Edwards still believes that Kosminski is Jack the Ripper, despite the lack of solid evidence.

Crime author Patricia Cornwell is another person convinced they know who Jack the Ripper is. She’s written two books about it. After spending millions on an investigation, Cornwell claims that Jack the Ripper was an artist named Walter Sickert. Sickert favored unconventional subjects for his paintings, and captured the lower classes and sex workers of London. He was also obsessed with Jack the Ripper. He would even dress up as the killer while he painted, and told a friend he “would not mind having to kill and eat raw flesh.”

Historians are very skeptical of Cornwell’s claims. For one, Sickert was never a suspect and for 70 years, his name never came up in the countless investigations professional and amateur alike have conducted on Jack the Ripper. The scientific and art community finds Cornwell’s obsession annoying, and possibly destructive, as they claim she destroyed one of Sickert’s paintings looking for DNA evidence. She denies this, but she has bought over 30 of his original paintings. 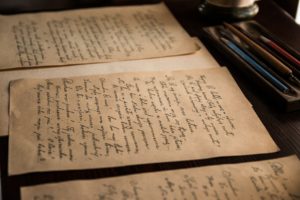 DNA on letters this old is hard to analyze

Has Cornwell actually found any DNA evidence? Sort of. Analysis of mitochondrial DNAs on letters sent to Scotland Yard by Jack the Ripper show similarities to DNA found on Sickert’s letters, but that means little to nothing. It just means that Sickert can’t be eliminated as a potential Jack the Ripper. The artist was cremated, so testing his DNA directly isn’t an option.

So, was James Maybrick, the self-confessed Jack the Ripper, the real deal? Or was it Aaron Kosminski, the hairdresser? And what about Walter Sickert, the man obsessed with the killer? We’ll likely never know.

What other infamous crimes have never been solved? Click here to find out.