Renting A Friend In Japan

Home » Our World » Renting A Friend In Japan

Japan has a loneliness problem. After WWII, the government and media set a rigid standard for how society should function: a man should work one job his whole life, own his home, and have a wife who maintains it. However, that’s a difficult standard to maintain, and now, single-family homes are close to dominating the social landscape. Families are disappearing, and more people are growing old and dying alone.

As for making friends, people don’t know how to do that either. Fewer students are joining groups in college, and become isolated after they graduate. Their lives become all about work, and working oneself to death has become so common, there’s even a term for it: karoshi. A 31-year old reporter died of congestive heart failure, her phone in her hand, after working 159 hours of overtime. 80-100 hour work weeks are common. 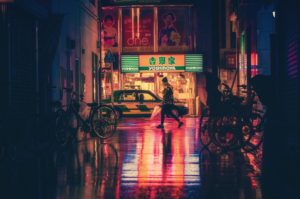 The people of Japan are overworked and lonely

Unable to figure out how to make friends, and with so little time to do it, it makes sense that people are turning to unusual solutions. Rent-a-friend companies are booming, with at least 10 in the small country right now. For a fee, people can literally rent actors to play their friends, family members, and even spouses. The charade can be elaborate, with a person using their time to take Instagram photos and having the actors change clothes so it looks like the photos were taken on different days.

Family Romance, an 8-year old company, has a staff of 800 and can replace literally anyone in a person’s life. The founder of the company was hired by a single mother to play her daughter’s father, and he’s been doing it for 8 years. The girl believes he is really her father, and it’s part of the contract that Yuichi doesn’t reveal his real identity unless the mother asks him to. Yuichi is often burdened by the fact that he’s the only father figure the girl has known. He often has dreams where he tells her the truth, and just before she can respond, he wakes up.

As long as he’s being paid, Yuichi plans on playing the role of father, and if necessary, grandfather. It’s a long-term investment, and can be emotionally-draining for the actor. The actors at Family Romance are only allowed to play 5 roles, because otherwise they’ll become overwhelmed. To maintain emotional space, there must be a conscious separation between the part the actor is playing, and their true selves. 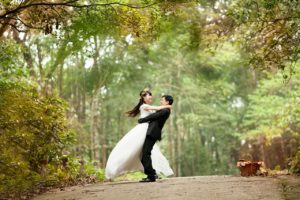 The most elaborate rent-a-friend scenarios are weddings, where clients hire a fake future spouse, fake friends, and fake family members to convince their families that it’s all real. This is often done because the client is gay, and they want their family to stop asking them about “settling down.” At Family Romance, a fake wedding costs 2 million yen, or about 18,000 dollars. Rented girlfriends and boyfriends can also cover for a client who isn’t ready to come out. Provided they’re paid, they will continue to play the part as long as necessary.

Why go to all this trouble? Being gay is still stigmatized in Japan, and though there aren’t laws against it, people just don’t talk about it and there’s a strong atmosphere of shame. In her “Gaycation” series on Viceland, Ellen Page was present when a young man came out to his mom. The friend who was there to support him? A rented friend.

Interested in visiting Japan? Find out what to expect by reading this article. If you’re traveling solo, consider renting a friend to help give you a unique experience!