Christmas is only a few weeks away, so most people are probably hearing Christmas songs on the radio, in stores, and in their homes. What are the origins of some of the most beloved tunes?

“Silent Night” was the first song broadcast from space

One of the most popular religious carols at Christmas time, “Silent Night” has two origin stories: one true and one false. The legend is that an Austrian priest wanted music at the Christmas Eve service, but the organ broke. He quickly scrawled a poem and had his friend Franz Gruber write music that didn’t require an organ.

In reality, the priest actually wrote the poem without a pressing need in 1816. Two years later, he asked Gruber to write guitar music for him, and in 1818, they performed the song together on Christmas Eve. Originally in German, the song wasn’t translated until 1858. Since then, it’s been translated into 142 languages.

In the 1850’s, a man named James Lord Pierpont wrote “The One-Horse Open Sleigh.” His motivation? To celebrate Thanksgiving in Georgia. Some sources say that Pierpont actually debuted the song in Medford, Massachusetts, and the debate rages on to this day. Regardless of where it was from, the lyrics changed in 1857 when it was officially published. This is the more wintery version that people know.

“Jingle Bells” solidified its place in history in 1965, when it became the first song broadcast in space. The Gemini 6 crew sent a holiday message on December 16th, where they claimed to see an “object” making a “polar orbit” through space and back to earth. They then played “Jingle Bells” on a harmonica and bells. 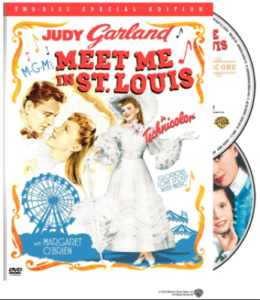 Have Yourself A Merry Little Christmas

This somewhat-somber tune was written by Hugh Martin for the film Meet Me In St. Louis. Judy Garland sings it to her character’s younger sister, as the two are sad about leaving their hometown. The lyrics were originally much darker and included the line, “Have yourself a merry little Christmas/It may be your last.”

One of the film’s actors persuaded Martin to make the song a bit more cheerful, and he removed the ominous line about impending death. Martin changed the lyrics again for Frank Sinatra, adding the Christmas-friendly line, “Hang a shining star up on the highest bough.”

The Christmas Song (Chestnuts Roasting On An Open Fire)

Bob Wells and Mel Torme were suffering through an excruciating hot summer day, and to try to cool off, they wrote a song about winter. It only took about 40 minutes for the pair to complete the lyrics and music. The first person to record the song was Nat King Cole. It was 1946, and despite concerns from his label, Cole recorded the song again that same year. This time, he added a string section, and the song immediately became a huge hit. Cole recorded the song twice more, and the 1961 version with an orchestra became the definitive version. 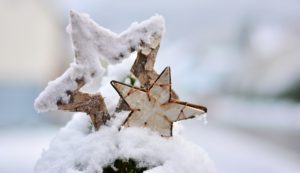 Irving Berlin’s “White Christmas” was inspired by a real snowfall

This Irving Berlin classic is not only one of the most famous Christmas songs of all time, it’s the best-selling single of all time. There’s debate about whether Berlin wrote it while staying at a La Quinta in California, or the Arizona Biltmore. The reality, however, is that Berlin wrote it while staying at friend’s house in Banning, California. It was early in the morning, and when he looked out the window, he was stunned to see snow. He jotted down the words to “White Christmas” before composing the music. While the song is best-known from its appearance in the film White Christmas, it actually first appeared in Holiday Inn. Bing Crosby sang that version, too, and it ended up winning the Academy Award for Best Song for the film, in 1942.

——-
Bing Crosby covered his own song for White Christmas, but what are some other famous songs that are in fact covers of the original?