Around the holidays, many people like to indulge in some tasty alcoholic drinks. In addition always drinking in moderation, there are some other facts that can help you enjoy the season safely. In a recent survey that examined 30,000 people across 21 countries, researchers learned that different types of alcohol have different effects on your mood.

People usually drink alcohol because they think it will make them feel good. No one drinks it because they want to feel bad, obviously, but marketing always highlights people having fun, laughing, and getting flirty when they drink. Red wine especially is associated with feeling relaxed, and the thought of having a glass after a hard day is ingrained in society. About 53% of the survey participants reported feeling relaxed after red wine, with 50% feeling relaxed after beer. Hard liquor and spirits produced the least amount of relaxed feelings. 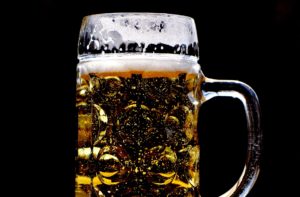 Beer has a lot of carbs, which triggers drowsiness

Red wine has high levels of melatonin, which makes you sleepy. Of all alcohols – hard and light – red wine will make you the drowsiest, while white wine comes in second. Beer can also make drinkers sleepy, but this is likely because of the high number of carbs.

When it comes to feeling flirty, spirits and hard alcohol win every time. The drinks are more closely associated with energy, confidence, and “sexiness.” A whopping 59% felt confident, with 42% feeling sexy. Beer produces the least sexy feelings with only 19%, but 45% do feel more confident. 15% of white-wine drinkers feel energized, which is significantly higher than those who choose red wine. The melatonin is no doubt responsible for that difference. 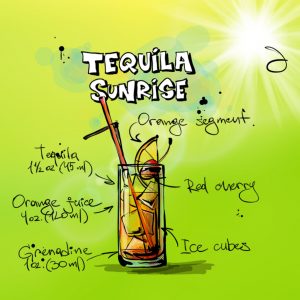 On the darker side of alcohol, hard liquor can also create aggression in drinkers. The higher the alcohol content, the more aggressive people tend to feel. All kinds of negative emotions can spring from drinking hard alcohol; people reported restlessness, anger, and sadness. Generally, women reported feeling more emotional after drinking alcohol, but men are more likely to get aggressive. This is especially true when a man is a heavy drinker.

How to avoid hangovers

What about hangovers? Most alcohol will result in nasty feelings the morning after if you drink a lot, but some are more powerful than others. Dark liquor, which includes rum whisky, and tequila, produce the worst hangovers. This is because of congeners, molecules that give these drinks their color and flavor. Bourbon has 37 times the amount of congeners that vodka does. 33% of people who drank bourbon felt hangover, while of  those who drank the same amount of vodka, only 3% woke up feeling symptoms. Other light liquors like gin and light rum result in less intense hangovers, but red wine has a high amount of congeners, like dark liquor. As a warning, the cheaper your red wine, the more congeners you’ll ingest, which means worse hangovers. 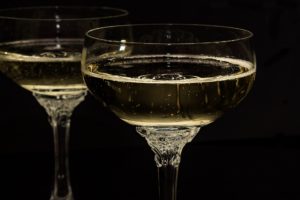 Champagne can get you drink very quickly

What drink gets you drunk the fastest? It depends on how much you’re drinking and how much fast, but generally, champagne may actually get you drunk the fastest. That’s because all the carbon dioxide, which creates those festive bubbles. It lets your body absorb the alcohol much faster, so that buzz hits you like a brick wall if you aren’t careful.

Going to a wine tasting sometime soon? Read this article to get a grasp on the lingo.

Remembering at Year’s End Those We Lost in 2017