Home » Our World » The Story of Fingerprints

Fingerprints are arguably the most unique part of the human body. Identical twins don’t even share the same fingerprints, and that individuality makes fingerprints an important piece of physical evidence in crime-solving. While the uniqueness of prints is common knowledge today, it took a long time for the justice system to begin taking advantage of them.

Humans have known fingerprints that can be used to identify people for a long time. In a 14th-century book from Persia, the writer makes remarks about how people were identified from their prints. In the 1600s, doctors began to examine prints more closely. Dr. Nehemiah Grew wrote a book on friction ridges (the fancy name for fingerprints) in 1684, becoming the first European to do so. Two years later, an anatomy professor studied the loops, spirals, and ridges on prints, and ended up getting a layer of skin named (the Malpighian) after him.

Despite this research, it wasn’t until the mid-1800s that law enforcement started thinking about fingerprints. Before, officers with photographic memories had been responsible for identifying suspects, and then real photography replaced them. However, people change as they age. In 1870, an anthropologist created a system using parts of the body that didn’t change with time.  It was named the Bertillon System, after the creator, and was used for three decades.

However, one case, in particular, demonstrated the system’s flaws. In 1903, “Will West” was arrested and sentenced to jail in Kansas based on his measurements. The problem? There was already a “William West” in that prison with Bertillon measurements almost exactly the same. They also looked eerily similar. When their fingerprints were compared, they were finally identified as unique individuals – one who had committed murder, and one guilty of a minor crime. 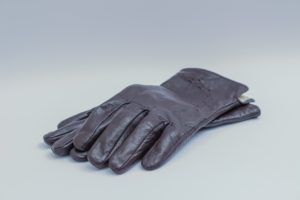 If the officers, in that case, had been aware of Francis Galton’s work, they wouldn’t have had this problem. In 1882, Francis Galton gathered 8,000 fingerprints and developed a classification system. In 1896, the commissioner of the Metropolitan Police of London based his own system on Galton’s, and the Henry Classification System was born. It was adopted across Britain and in 1902, Scotland Yard presented fingerprints as evidence for the first time in court. By 1903, New York prisons were using the method.

Crime stories serve as a timeline of the use of fingerprints. In a 1903 story, Sherlock Holmes discovers a bloody fingerprint and identifies a criminal. The Red Thumb-Mark, a 1907 novel by R. Austin Freeman, centers around a print left on a piece of paper. Today, it’s standard to see TV detectives dusting and using chemicals or light to reveal oily marks.

There are actually three types of prints a person can leave: plastic, patent, and latent. Plastic fingerprints are the rarest, as a criminal would have to leave a print in putty, melted candle wax, or another substance that serves as a 3D mold. Patent ones are made with dirt, grease, ink, or blood. Latent prints are invisible to the naked eye and require dusting or other methods to be revealed. They are often incomplete and not always 100% accurate at pinpointing a suspect. 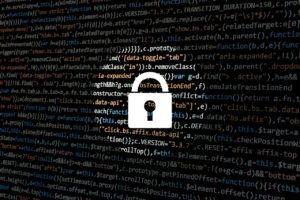 The future of fingerprints

Using fingerprints as ID is still common, and is expanding into the digital world. Hackers are finding new and creative ways to unlock traditional passwords, so companies like Apple integrate technology that lets users open their phones with their fingerprints. Prints are also used for voting in many countries, while scientists explore what they can learn about individuals from their prints. As the world changes around us, that physical feature doesn’t. It may be the most reliably unique feature of every human.

Before fingerprints, there were mugshots, but police didn’t always know how to use them. What’s the history?

How to Know if Someone is Lying to You?