Is Tom Brady’s TB12 At All Legitimate?

With five Superbowl rings to his name, Tom Brady of the New England Patriots is one of the best football players in history. He’s also a major pop-culture figure with influence, and he gets a lot of attention because of his unusual diet. While it clearly seems to be working for him, Brad y’s eating habits may be dangerous for most people. At the very least, he’s asking fans to shill out a lot of cash for something that isn’t special. What’s the deal with TB12? 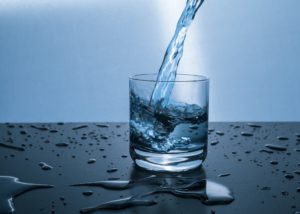 Tom Brady drinks a lot of water, which could lead to “water intoxication” for people

What does Brady eat?

Known as TB12, Brady developed his eating lifestyle with friend Alex Guerrero. He sells nutritional bars, dietary supplements, and a nutritional manual all with the TB12 brand. On Brady’s diet, anything processed is off-limits. He also doesn’t eat sugar, dairy, flour, MSG, iodized salt, coffee, nightshade vegetables, or any type of mushroom.  What does he eat? Every morning starts off with 20-ounces of water with his special TB12 electrolytes and a fruit smoothie. Lunch is veggies and fish, with fruit, protein bars, and protein shakes as snacks. Dinners consist of more vegetables and soup broth.

His diet is “alkaline.” He says the foods lower his pH level and help him increase his energy, while also preventing injuries like bone fractures. However, there is no scientific evidence that alkaline foods can do this. Your pH level is monitored by your lungs and kidneys, and your diet has little to no influence. Brady does seem to be in good shape, especially for a football player at the age when most are retired, but that has probably more to do with his aversion to sugar and processed foods. He is eating healthy and it has a positive effect on his body, but not because he’s controlling his pH level.

Is the diet legit? Not really.

Generally, Brady’s diet doesn’t seem too bad, although it’s really restrictive. The strangest part is Brady’s fixation on water. He drinks 12-25 glasses per day. He claims that drinking this much water prevents sunburns, which has no scientific evidence. If you don’t drink enough water, according to Brady, your blood loses oxygen and toxins start to build up. Drinking too much water can actually cause hyponatremia, or “water intoxication.” What happens is that the body becomes depleted of sodium; you basically “water down” your system with too much liquid. It can be fatal. Athletes are especially vulnerable, and it’s actually more common than dehydration. 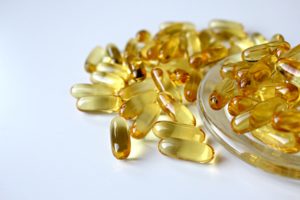 Most supplements don’t do anything to promote health, and some even contain harmful ingredients

There are other reasons to be wary of TB12. For one, it seems to be a marketing gimmick. Supplements are very expensive, and are basically just salt and minerals that most people get from food. The nutritional manual with 86 recipes sells on the website for a whopping $200, and a single box of 12 snack bars sets you back $50.

And who is Alex Guerrero, Brady’s friend and co-creator of TB12? He’s been investigated by the FTC for claiming to be a doctor, and promoting supplements that he claims cure cancer and prevent concussions. He’s also been banned from treating any other Patriots player in the locker room. People poke fun at celebrities like Gwyneth Paltrow for selling stickers that “rebalance energy frequencies,” but Tom Brady is just as sketchy. While his eating clearly works for him, it isn’t based on real science, and in some cases, his beliefs are actually contradicted by doctors. If you’re looking for advice on healthy living, maybe don’t look to the football player with the friend who lied about being a doctor.

Pseudo-science is rampant among the celebrity world, and in many cases, it can actually be dangerous. Read more here.

Most Unique Places You Can Rent With AirBnB

Is Coconut Oil Better For Your Health Than...