written by Gabriela Golumbovici May 3, 2018

The 2018 MLB Schedule is in full swing. As fans it is hard not to say what a crazy first month of baseball has presented us both on and off the field. From the crazy weather that haunted most of the Northern States delivering snow that forced games to be cancelled while other contests played in or below freezing temperatures. To the red hot start that saw the Boston Red Sox win 17 of their first 19 contests to start the season.

With all that said, the first month of baseball has delivered a ton of real excitement on the field as well. For us, it is hard to say who might win the MVP or which teams might make the playoffs this far ahead. Nonetheless, here is our look at which MLB players have the chance to take home top honors after their red hot starts.

Mike Trout, Los Angeles Angels – Trout is a year in and year out potential to take home multiple awards including the American League MVP Award. That will be the same this season as Trout has made a solid start to the season en route to leading all of Major League Baseball with 10 home runs through his first 25 games of the season. 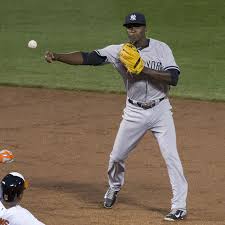 Didi Gregorius, New York Yankees – Can this Yankee keep up his red hot start? That will be the big question, but when you are hitting in a lineup that features stars like Giancarlo Stanton, Aaaron Judge and Gary Sanchez, there is a good chance you will see good pitches to hit. Over his first 23 games, Gregorius ranks near the top in batting average (.347), home runs (8) and runs batted in (27).

Justin Verlander, Houston Astros – When you continue to dominate on the mound and you play on one of the top teams in baseball, the stats will show up. That is the case for Verlander who has been brilliant since his trade from the Detroit Tigers to the Houston Astros last year. Verlander has picked up four wins to start the season while pitching to a brilliant 1.36 earned run average. 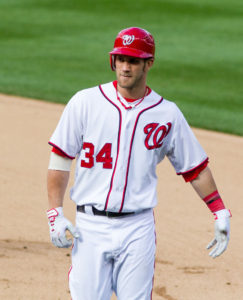 Bryce Harper, Washington Nationals: Much like with Trout in the American League, Harper is a year in and year out potential to win the MVP Award in the National League, if he is healthy. To start the 2018 MLB Season, Harper has raced to the National League lead with eight home runs while ranking third with 19 runs batted in. The big question for Harper is will he stay healthy for the remainder of the season?

Nolan Arenado, Colorado Rockies: Despite missing five games after being suspended for charging the mound after being thrown at, Arenado continues to put up big numbers. This year Arenado has started off slow in the home run and runs batted in category but the All-Star third baseman is hitting .343 to start the season. The only concern with Arenado is that he will be looked past based on the fact he is hitting in one of the best hitters ball parks in all of baseball.

Patrick Corbin, Arizona Diamondbacks: The NL Cy Young race may be the race to watch all season with a long list of candidates who could pick up the award. Currently, the debate could be made for Johnny Cueto (.35 earned run average) or Max Scherzer (4 wins). That being said, the player that should continue to dominate while playing on a team that has the talent to win is Corbin. The Diamondbacks starter is tied with Scherzer with a Major League best four wins to start the season while pitching to a 1.89 earned run average.

Only time will tell who will walk away with the top Awards in all of Major League Baseball. For now though, we can all sit back and follow these stars as they make a race to take home the hardware.

All-Inclusive Vacation: Is This the Right Getaway For You?