Who Came Up With The Moon-Landing Conspiracy?

Home » Our World » Who Came Up With The Moon-Landing Conspiracy?

If you keep up with the latest technology news or scientific discoveries, you know that NASA is always finding out new things about our universe. We made it to the moon, and now Mars is next on the list. However, there are still those who believe the moon landing was fake. Where did this conspiracy theory come from?

A man and his book 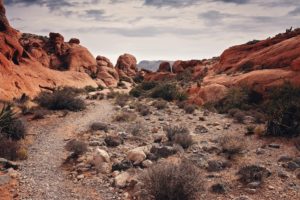 One theory: astronauts actually spent their time in Nevada

In 1956, Bill Kaysing began his job as a senior technical writer at Rocketdyne, a company that designed rocket engines. He didn’t have any background in science or rockets or even technical writing – he was an English major. However, he stayed with the company until 1963 when he resigned. In 1976, he self-published a book claiming that while with Rocketdyne, he’d learned that the moon landing was fake through documents on the Atlas, Apollo, Mercury, and Gemini programs. In “We Never Went To The Moon: America’s Thirty Billion Dollar Swindle,” Kaysing claims NASA decided faking a moon landing rather than attempting a real one was easier, since (according to Kaysing’s book) the odds were 0.0017% in NASA’s favor.

Kaysing laid out an elaborate theory on how NASA could fake an event like a moon landing. The Rocketdyne F1 engines from the rocket are removed and replaced with more reliable engines. This was one of the secrets Kaysing supposedly came across during his career, and being much smaller, the new engines would not be able to propel a rocket to the moon. Instead, the astronauts enter the real Apollo spacecraft, but sneak off before it lifts off into a duplicate. The Apollo launches and enters a parking orbit while the astronauts themselves head off to the Nevadan desert. Tracking stations receive fake signals from Apollo while the astronauts enjoy Las Vegas. When it’s time to show the moon, they go to a set, and for landing in the ocean, they’re flown to the Command Module before recovery ships arrive. 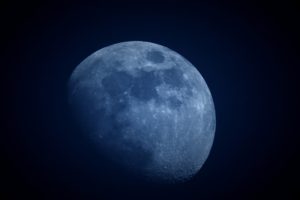 The Nevada desert scenario is pure speculation on Kaysing’s part. He points to other “facts” that support his theory, such as the fact that there are no stars in the lunar surface photos or blast craters under the Lunar Modules. Experts addressed his points. The reason that you can’t see stars is because the lunar surface is so bright, the stars are dim by comparison. The camera is adjusted to make the most out of the lunar surface so the stars don’t show up. As for the non-existent blast crater, the landing module hit solid rock which was covered only by a thin layer of dust. The engine thrust is also very low on the moon because there’s less gravity on the moon.

These answers didn’t satisfy Kaysing. He actually revised his original theory in 2001 in a new book, saying that the astronauts did go to space, but orbited the earth for 8 days instead of heading to the moon. His conspiracies don’t end there, and he believed NASA staged the Apollo 1 fire and the Challenger explosion, intentionally killing the astronauts. Why? According to Kaysing, maybe those astronauts wanted to reveal the truth.

The moon landing conspiracy has endured for decades despite hard evidence that it really happened. Theorists like Bart Sibrel are often aggressive, following around Apollo astronauts and demanding they swear on a Bible that they walked on the moon. As recently as 2015, a video claimed to show Stanley Kubrick admitting in 1999 he had filmed the fake landing. It’s clear that an actor plays “Stanley Kubrick.” According to experts, believing conspiracy theories reveals that a person feels disempowered. They’re paranoid that those in authority are lying to them for their own gain. They seek out alternative, “unbiased” sources of information, and that more-often-than-not leads them down some bizarre roads.

Is a “Glamping” Vacation in Your Future?