Frigid and isolated, Siberia is not a place you’ll see very often in a travel guide magazine, and the tiny island of Nazino is no better. It’s never been hospitable, which is why in the 1930’s, Stalin’s secret police force decided it was the perfect place to ship the country’s “undesirables.”

In 1933, Genrikh Yagoda had an idea. As head of the secret police, he had Stalin’s ear. His plan was to send up to 2 million people to “special settlements”(now known as the infamous gulags) in Siberia and Kazakhstan to work and get the land producing food. In two years, they would be self-sufficient. Who would have to go? Originally, peasants known as “kulaks” would go. These were independent farmers that weren’t happy with communism and the idea of having to hand over their goods to Moscow. Most of the prisoners, however, ended up being anyone who couldn’t get a passport. These were people harmful to society, according to Yagoda and Stalin. They didn’t fit into a Communist society. 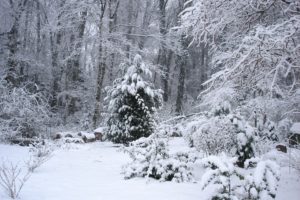 The secret police rounded up their victims and in April of 1933, 25,000 traveled by overcrowded trains to Tomsk, Siberia. With food and water so scarce, the more desperate prisoners formed gangs to steal from the others. When the trains arrived, authorities discovered there wasn’t enough room. 6,000 of the prisoners ended up in river barges bound for Nazino Island, a plot of land less than 2 miles long and not even a half-mile wide. A snowstorm hit the first night, and 300 died from the cold.

As if it wasn’t crowded enough, another 1,200 prisoners arrived in May. Guards and prisoners began fighting over flour, the only source of food. However, without ovens, people could only mix the flour with water from the rivers. Dysentery followed. Starving and dying, many prisoners tried to escape by raft, but their corpses simply washed back up on shore in the hundreds. Those that hadn’t drowned, the guards hunted down. Upon her capture, they tied one woman to a tree and let other prisoners eat her alive. 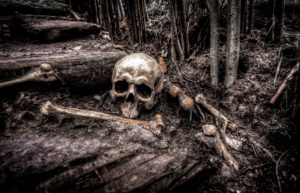 With nothing but flour to eat, prisoners turned to cannibalism

Cannibalism became commonplace. In fact, it was first reported just three days after the first prisoners arrived. Their trip by train had already broken them. Gangs would lure victims by asking them to escape, but then would attack them once they were alone and vulnerable. In official reports, guards arrested 50 people for eating other prisoners. Anarchy triumphed and after just one month after forming, the camp shut down. 4,000 of the 6,000 prisoners had died, though because so few records were kept, it was probably more. Many transferred out of Nazino to other settlements died on the way.

The “resettlement” plan was doomed from the start. Yagoda couldn’t have possibly believed the forced deportees could coax the famine-ravished land into production. Most weren’t even farmers – they were from cities – and even in the best conditions, it would have been difficult to farm. 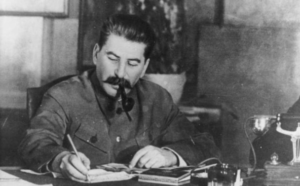 The official report on Nazino Island written in 1933 wasn’t published until 2002. Activist groups pushed for more information and historian Nicolas Werth spent years hunting through archives. He published his findings in “Cannibal Island” in 2006. Stalin’s rule is known as one of the most brutal in human history, and Nazino Island manages to stand out as one of the most horrifying.

Cannibalism occurs in desperate situations. The Donner Party found themselves in such a situation while traveling to Oregon.