Home » Healthy Lifestyle » An Abbreviated History of the American Breakfast

Breakfast is the most important meal of the day, nutritionists and blogs alike constantly tell us. We even have specific foods we think of as “breakfast foods,” like waffles, eggs, bacon, and cereal. However, breakfast has a long and complicated history, and the origins of some foods might surprise you. 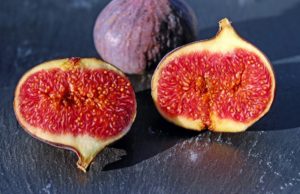 Greeks and Romans had different names for their breakfasts. In the Iliad, Homer mentions a meal known as ariston. Laborers ate this after sunrise, because they needed energy for their day. Later in Greek history, another name pops up: akratisma. Also eaten right after sunrise, the meal consisted of barley bread with wine, olives, or figs. Romans ate whatever they had around, like bread, cheese, nuts, and cold meat.

From no breakfast to all the breakfast

In the Middle Ages, Europeans didn’t eat in the morning. They believed food was a gateway drug to gluttony, so starting the day off with it was discouraged. Those who had to work all day, however, were allowed something small like cheese and bread. In the Tudor era, a morning meal became more morally-acceptable. Queen Elizabeth I herself would enjoy foods like bread, wine, and a “pottage” stew made with meat. The Victorians really took breakfast to the next level. They were the first ones to consider breakfast a social event. They even committed a specific room or table for the meal, which could easily be considered a feast. It wasn’t uncommon to find tables laid with meats, soups, stews, and even desserts, especially if you were rich. 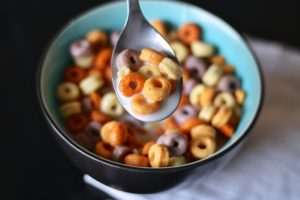 The beginning of “breakfast”

The concept of breakfast needing to be healthy didn’t appear in society until the Industrial Revolution. In the past, when agriculture ruled, farmers performed hard, physical labor and could eat heavy breakfasts. As the Industrial Revolution changed the workplace and people weren’t as active, they started complaining about indigestion. Members of the new Seventh-Day Adventist religion started off the first “clean living” movement, and they targeted breakfast first. They needed the perfect, healthy breakfast food that also encouraged good morals.

A healthy body and soul 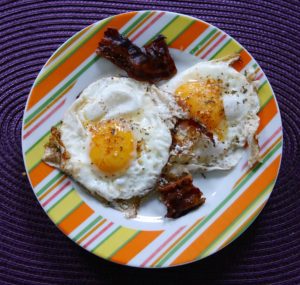 A public relations expert made bacon-and-eggs a healthy breakfast

What about the classic egg-and-bacon combo? The Beech-Nut Company needed to sell more bacon, so their public relations expert used society’s concerns about good health. He convinced a doctor to say that the high-protein of eggs and bacon was healthy, and then had another 5,000 doctors sign off on it. When the newspapers published the statement as fact, people began eating eggs and bacon again.

Today, we eat a wide variety of breakfasts foods. Most cereals have become sugar-bombs, while technology like the waffle iron, griddle, and toaster triggered the rise of foods like pancakes, waffles, toast, and bagels. As Americans, we really love our breakfast foods and often eat them at all times of the day. We love brunch and “brinner” (breakfast + dinner), and most diners serve breakfast 24/7. We’ve come a long way since the Middle Ages, where eating breakfast was a sin.

Convenience is king when it comes to the morning meal, because we’re often rushed to get to work. Mug breakfasts are here to save the day.