20-Somethings Are Shaking Up Retail in a Big Way!

Home » Our World » 20-Somethings Are Shaking Up Retail in a Big Way!

It started at the dawning of human existence. Mom and Dad met while fishing in a nearby stream. One thing led to another, and their son came to be. They named him Grog. He was a loving child, but shortly after he turned 20 spins around the sun (only later translated as 20-somethings), he changed. Grog’s behavior confused his parents. Dad said, “What is up with you Grog, my son?” Grog’s eyes took on a faraway glaze because the parents had never been young and didn’t understand.

Thus started the Generation Gap raging still today, and so it must be. Because the rest of Grog’s story is how he invented and discovered many things once he was on his own, making Dad and Mom terribly proud. Today, 20-somethings are changing the world, as well, much as Grog changed it long ago.

Gildshire found some 20-somethings who are changing the world as we speak. They’re ahead of the game, innovating and creating like their hair is on fire. Our list of 20-somethings to keep an eye on is young people changing retail for the better. 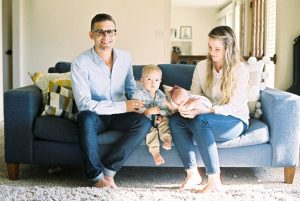 Kory and Mallory Stevens, along with two future partners.

Kory and Mallory Stevens co-founded Taft, the upper-scale footwear company that is making shoe news. The husband/wife team (aged 26 and 29 respectively) launched Taft four years ago, selling hosiery online. They switched to shoes in 2015, saying “there’s a gap.” Their loafers, oxfords, and boots are a runaway hit! So far this year, Taft has attracted Venture Capital totaling $5 million, and basketball player Dwayne Wade as an investor. 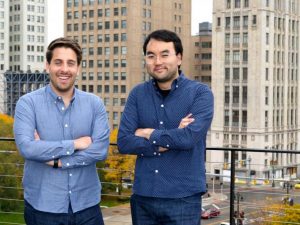 Where the Stevens’ found a gap in the footwear market, Steven Mazur and Eric Huang found one in men’s apparel. They worked with Venture for America for a time, and realized how scarce the clothing options for men under about 5’9.” Three years ago, they founded Ash & Erie, now a booming men’s retailer, specializing in garments for men 5’8” and below. They appeared on television’s Shark Tank last year, and Mark Cuban (no giant himself) kicked in $150,000. Huang and Mazur are 27 and 26 years old respectively and expect their year-end revenue stream will reveal over a million dollars. 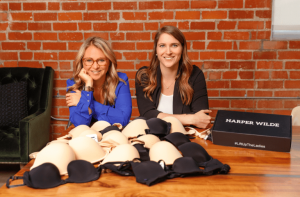 Left to right, Jane and Jenna, 20-somethings on the move.

Jenna Kerner is 29 years old and was angry about what she was seeing in lingerie and underwear ads. She was dismayed by what she called ” the hypersexualization of women’s undergarments and sleepwear.” Ms. Kerner wanted there to be options somewhere between flannel and entry-level escort in intimate-wear. With the help of her friend, Jane Fisher, Ms. Kerner started Harper Wilde. Kerner says it’s “a bra that takes the B.S. out of bras.” H/W bras are practical designs, sold with a try-on at home guarantee. In the last two years, Jenna Kerner’s company raised $3.61 million from M Ventures and Charles River.

(Jane Fisher is actually 30 years old, but you know what they say. Thirty is the new twenty-seven.) 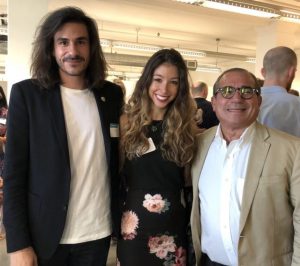 Mr. Michaux, spotted with friends at an entrepreneur’s conference.

Paul Michaux Found shampoo lacking. So Michaux and a couple of co-founders opened “Prose.” It’s a haircare company that uses Artificial Intelligence-driven diagnostics to create shampoos and conditioners that use ingredients that each customer’s follicles need most. It’s high-tech hair care! Since the beginning of 2017, Prose raised over $7 million in investment capital from both domestic and foreign investors.

This is a short list highlighting just a few of the many 20-somethings shaking up retail with their innovative ideas. Since the beginning of time, older generations have shaken their heads over the younger among us. But, the future is going to be okay, as long as people like these on our list are shaking things up. Somewhere, Grog is nodding his head, because he knew it all along. Deep down, his folks knew it too.

How To Make Homemade Pizza