The 2018 Guide to Summer Concerts

Summer is here and it’s time to rock!  Er… or country… or blues… or pop… or hip/hop.  Whatever your flavor, the live music industry continues to provide concert goers with spectacular shows and lifelong memories, but prices can be expensive, and you may find yourself having to choose what show to attend between a few great options.  Never fear, we’ve broken down the shows touring this summer that promise to deliver a great experience. 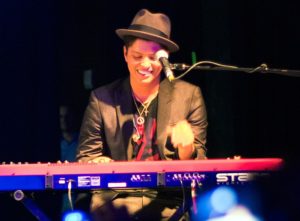 The three big tours to look out for pop fans, are Bruno Mars, Shakira, and Ed Sheeran.  Mars is the current king of the Grammys, and having played the super-bowl and nearly every large stadium in the world, you can expect a top notch production and a high energy show.  Shakira is another staple, and after a long break from touring, her loyal fans will be excited to see her perform again.  Finally, the wild card, Ed Sheeran.  Sheeran’s talent and popularity will ensure a good crowd, but this is his first stadium tour.  We’d go to Bruno.

The three best bets here will be Jay-Z and Beyoncé (of course), Kendrick Lamar and Sza, and G-Easy.  If you’re looking for the safest bet for a solid show, then Beyoncé and Jay-Z is the way to go.  These performers are the superstars of our time, and their On the Run II tour will not disappoint.  Kendrick Lamar, however, has been making waves, and both he and Sza tore up both the concert and album scene last year.  Finally, G-Easy has enjoyed a lot of popularity this year, and his tour is sure to be high energy.  We’d go to Kendrick Lamar. 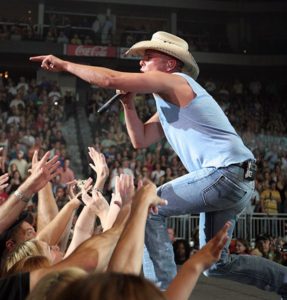 We are putting Taylor Swift here because, while she’s definitely crossed over to pop, her fan base is still encased in the country-music culture.  Other shows of note are Kenny Chesney and Chris Stapleton.  Swift is a mega-star, and her shows reflect that.  You can expect lots of showmanship.  Chesney’s “No Shoes Nation” are a devoted bunch of quasi-parrot heads who give his shows a fun party vibe.  Chris Stapleton is also a great option, having opened for some great artists last year, this first headlining tour promises to be a great spectacle.  We’d see Stapleton.

Pearl Jam is doing a baseball stadium tour, and longtime fans are sure to pack them to the hilt.  The Seattle legends are known for random set lists, so it’s always an adventure. James Taylor and Bonnie Raitt are also touring again this year.  If you’re looking for pure musicianship and craft, this is the show to see.  Finally, Jack White is touring again after a two-year hiatus – and he’s banning your cell-phone at his shows, so there’s that.  Jam-band tours like Dave Matthews and Dead & Company (featuring John Mayer in Jerry Garcia’s place) are also an option.  For my concert dough this summer, though, I’m going to see Phish at the Gorge Amphitheater in Washington state.

Whichever concert you plan on seeing, make sure you check the venue rules and other logistical details before you go.  Some shows may restrict phones and other electronics, or may have special parking or entrance requirements.  We would also be remiss if we didn’t encourage you to seek out smaller shows by more local or regional acts – sometimes these intimate shows can be even more fun than the big spectacles.  In any case, get out there and support your favorite musicians!

Brandon Humphreys is a freelance writer and musician from Spokane, Washington. He writes fiction, non-fiction, poetry, and music. He is the lead guitarist for the Spokane-based original rock band Buffalo Jones. When he is not writing or playing music, he enjoys fishing, playing with his dog, and flying kites.

June 8-10 and Gildshire Goes to the Movies