The 2018 Rock and Roll Hall of Fame class announced late last week is an uber-talented roster of superstars, bookended by Bon Jovi and Nina Simone. The Moody Blues, The Cars, and Dire Straits round out the class. The 33rd Annual Rock & Roll Hall of Fame Induction Ceremony, presented by Klipsch Audio, takes place on Saturday, April 14, 2018, at Public Auditorium in Cleveland. HBO will broadcast the ceremony in spring 2018. Today, Gildshire examines the 2018 Rock Hall induction list. 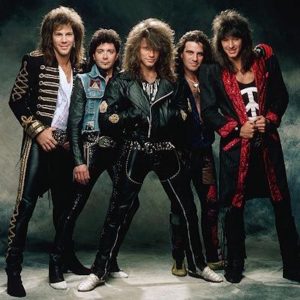 While being the biggest-selling group on this year’s Hall induction roster, Bon Jovi’s inclusion creates debate. Considered more “popular” than “great,” Bon Jovi led the so-called “hair band” era of musicianship. This year, after being eligible since 2008, popular won the day. Bon Jovi’s top single: “You Give Love a Bad Name,” anchored the group’s top-selling album, 1986’s “Slippery When Wet.”

Dire Straits broke from the punk and disco-dominated late 70’s-early 80’s to create their distinct sound. They mixed blues and country into songs that spoke to the heart. Their appeal was to the commoner, however, their musicianship included virtuoso guitarist Mark Knopfler.  The signature sound shone in their first hit single, 1978’s, “Sultans Of Swing.” It affectionately described musicians playing for the love of music rather than fame or fortune. Their 1985 album, “Brothers in Arms,” became their best chart performer.

The third time proved to be the charm for The Cars, whereas two previous nominations proved fruitless. Founded from the Boston rock scene in 1986, they combined New Wave and classic rock sounds. The band will regroup for the induction, minus bassist Benjamin Orr, who died in 2000. The Cars achieved their greatest chart success with “You Might Think,” and “Magic.” Both singles were part of the group’s 1984 album, “Heartbreak City.”

For fans of The Moody Blues, the time is long past since their favorites deserved to be in the Rock and Roll Hall of Fame.  The Moodys have long been considered one of the Rock Hall’s greatest omissions. Their fans have never stopped beating the drum for their induction. The night of the induction will bring about a reunion of the group’s most famous lineup. Justin Hayward, John Lodge, and Graeme Edge remain active in the group, while keyboardist Mike Pinder left the band during 1978 and flutist Ray Thomas retired in 2002.  The Moodys began this long journey clear back in 1965. The Voice, from 1981′ “Long Distance Voyager,” was the Moody Blues’ top-selling single. “…Voyager and 1972’s “Seventh Sojourn” share top honors for sales and chart performance among the group’s albums. 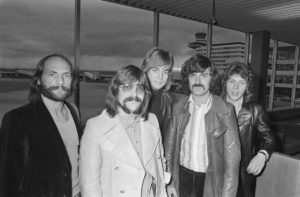 The late Nina Simone’s induction in this lineup is well-deserved since her inclusion pays homage to the way the Civil Rights struggle sang and played music. Simone employed a broad range of musical styles, some of which included classical, jazz, blues, folk, R&B, gospel, and pop. Her bearing and stage presence earned her the title “High Priestess of Soul.” In 1989, she was honored with induction on the North Carolina Music Hall of Fame. Ms. Somone’s top-charting single was “I Loves You Porgy”, which appeared on 1959’s “Little Girl Blue” album. It reached Number 18 on the U.S. pop chart. Her top album, “Nina Simone in Newport,” dropped in 1960. 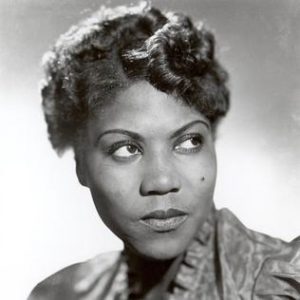 The 2018 Rock and Roll Hall of Fame inductee list also includes rock pioneer Sister Rosetta Tharpe. She will earn a special honor, the Award for Early Influence, to recognize her contributions to the nascent genre. It was often said that Ms. Tharpe pre-dated rock and roll with her complicated guitar riffs and melody-driven urban blues. They were groundbreaking, however, accomplished within the construct of traditional folk arrangements. With 1945’s “Strange Things Happening Every Day,” Sister Rosetta Tharpe reached Number Two on the Billboard R&B chart.

Gildshire offers our most sincere congratulations to every one of the 2018 Rock and Roll Hall inductees because music is the tie that binds. Where there is mistrust or suspicion let there be rock and roll! We will all be the better for it.