Home » Our World » 2018 Traffic Jam Statistics: Where Does Your Commute Stand?

What does the weather have in common with your daily commute to and from work? Give up? Everyone complains about it, but no one does anything about it. At least that’s the way it seems. With capital expenditures for infrastructure stagnant for almost a decade, the traffic piles up. It is in your windshield as far as the eye can see. It’s in your rearview mirror as far as the tears in your eyes will let you see. Ever stretching into the horizon. So it seems, but do the statistics back up (sorry, I know you’re salty about that expression) the perception? The  INRIX 2018 traffic stats are out. The Kirkland, WA based software company has much to say on the matter. Gildshire listened in. 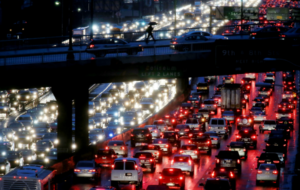 To the surprise of no one, Los Angeles has the worst commuter traffic in the country. Angelenos spend an average of 102 peak traffic hours in a congested state. That means traveling anywhere from zero to seven miles an hour. Many residents of The City of Angels will tell you they spend that many peak hours dead parked. I-10 eastbound (known locally as the Santa Monica Freeway and the San Bernardino Freeway) was the worst stretch of road in the southland for folks wishing for a smooth trip. 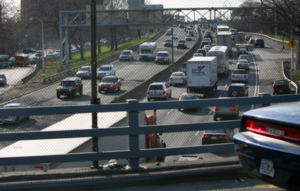 New York City ranked second, but NYC businesses suffered the most on account of the traffic. 14% of the daytime hours (not just peak time) saw drivers in a state of gridlock. For the third year in a row, the (I-95) Cross Bronx Expressway in New York City tops the INRIX list of worst corridors, with the average driver on the 4.7 mile stretch wasting 118 hours per year in congestion, an increase of 37 percent over last year. Yes, that “expressway” cost drivers more time than the average resident of Los Angeles spends in peak time traffic.

San Francisco holds down the Number Three spot for 2018 traffic ills. The City By the Bay, however, takes top dubious honors for jamming up the highest number of people on city streets and arterials. Not too surprising when you remember that San Francisco is built on a peninsula without major freeways running through downtown. Enjoy the view. You’ll be here awhile.

Other interesting facts include:

Daytime traffic is generally pretty bad in Dana Point and Santa Cruz, CA. Cars to and from the beach leave little distinction between peak time and non-peak time in those locations.

The worst downtown slowdowns were in El Paso, Texas where speeds dropped from 43 mph at free-flow speeds to 5 mph when congested. Choose carefully when deciding when to make a run to Juarez.

What city is far too little to have the traffic problems it has? Though it is too small to have made the list, Everett, WA has a congestion rate of 28 percent on highways in and out of the city. 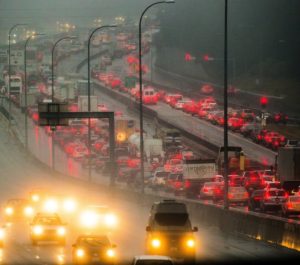 A rainy night outside of Everett, Washington.

Well, they say forewarned is forearmed. Say, where was that real estate brochure for Wyoming anyway? Drive carefully, because the life you save is the world to someone.