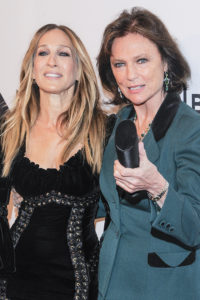 How much does Gildshire love the movies? Well, you might as well ask how much The Food Network loves cilantro. After all, Gildshire’s every other week Goes to the Movies is the industry standard among the top online art magazines. Over the next week, the Tribeca Film Festival is delighting folks like us throughout the theaters in Lower Manhattan. Our Lev Radin is there, providing photographic manna to our movie hungry souls.

However, there is more to a great film festival than one movie after another. The acclaimed series, “Tribeca Talks,” dives into the latest news, including the controversies exposed and reported by the entertainment industry. ESPN’s 30 for 30 series examines the complicated world of Bikram Yoga. That is a community grappling with its identity and survival amid sexual assault allegations against its charismatic founder, Bikram Choudhury. ESPN reporters will discuss the powerful experience it was to cover this fast-breaking story.

Tribeca Talks also has a great deal more on tap. Alexander Payne and Dick Cavett reminisce together about being raised in Nebraska and what it has meant to their careers. Payne is renowned for directing dark and thoughtful comedies, including one titled…”Nebraska.” 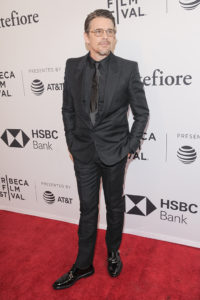 Independent filmmaker Jason Reitman has his day in the Tribeca sun, as well. Famous for “Thank You For Smoking,” and “Up in the Air,” Reitman discusses his offbeat point of view. His newest, “Tully”, is on tap at this year’s festival.

Each and every year, some of the best material arising from this festival comes out of the “shorts” category, and the 2018 Tribeca Film Festival is surely no exception. A full roster of 59 short films are scheduled for this year, and the content has never been any more interesting.

“Adventure Not War,” is about a group of Iraqui war veterans returning to the scene of their wartime exploits. But, they aren’t there to pound their chest. Instead, they are there to heal wounds and to experience the country and its culture, relieved of the shadow of war.

Redemption is also the keyword in another short film that got our attention. In “Knuckles,” a man entangled in the violent criminal underworld of bare-knuckles fighting pursues a noble, yet misguided attempt at redemption.

That said, it is the slate of full-length films that will garner the most attention out of the 2018 Tribeca Film Festival. Longform film entertainment that we feel will have an impactful run include:

“Stockholm”: The syndrome that bears the name of the Swedish capital came from a real event. This film recounts the absurd true story of a group of bank clerks who, seemingly irrationally, insisted on defending the thief who had taken them hostage. Ethan Hawke stars as Lars, the thief who gained some unlikely teammates. 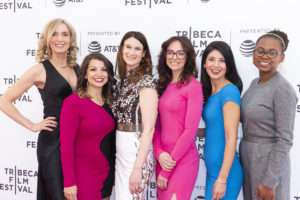 “Netizens”: This doc by Cynthia Lowen takes an unflinching look at the misogyny and, at times, outright harassment faced by women in the workplace. The vehicle or this harassment is often social media, but the resulting damage never stays online. Additionally, after most screenings, there is a talk-back with the filmmaker and some of the real-life subjects.

“Blue Night”: Documentarian Fabien Constant, making his narrative directorial debut with this thoughtful and poignant script from Laura Eason. In it, Sarah Jessica Parker plays singer Vivienne Carala, who receives some shocking news from her doctor. The streets of New York City are a veritable co-star as Ms. Carala ponders her next step in what is, we believe, Ms. Parker’s best work ever. 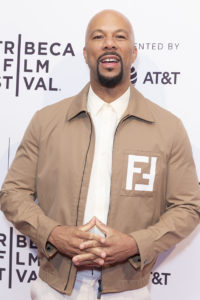 “All About Nina”: The talented Mary Elizabeth Winstead is the star of this poignant look at the tormented life of a female stand-up comedienne named Nina. At times her own worst enemy, Nina finds solace and relief in turning her tragic life into stage fodder. Will a move from New York to L.A. be the path to the answers she seeks? Or, is the old saying, “You take your troubles with you when you move” at play here, as well?

“The Seagull”: This is a simply exquisite adaptation of Anton Chekhov’s classic by the same name. It finds a group of friends and family gathered for a seemingly happy weekend in the countryside. However, inner jealousies and hidden desires of the heart are about to be revealed. The magnificent Saoirse Ronin stars, but she is not alone. Annette Bening, Casey Stoll, and Elisabeth Moss complete an All-Star cast.

The 2018 Tribeca Film Festival runs through Sunday, April 29. That means tickets are available for some of the film industries best product for this year. Don’t delay, though, as the final weekend is among the most popular showings. Tickets are here.

We will be back tomorrow, bringing a bit more on some of the movies at the 2018 Tribeca Film Festival. Watch this space, because Gildshire loves the movies like a mountaineer likes Kilimanjaro. The other top online art magazines only think they love the movies as we do, when we are, humbly, the gold standard.