Is 2018 the Year Cable Companies Have Dreaded?

Home » Our World » Is 2018 the Year Cable Companies Have Dreaded?

Cord cutting has been a thing for a few years. At, first hipsters and counter-culture folks cut the cord as a protest against inane programming. (“I only read Proust and drink chamomile tea. Television hurts my head”). Then, cord-cutting became a financial option for some. Consumers grown used to opening cable companies’ bills with one eye closed suddenly saw $100 become $150 and even higher numbers. They were frustrated, but what to do to make that new big-screen TV shine? They timidly dipped a toe into streaming for a game or a television special. Voila, their fears were unfounded! Instead of a shabby and runny 1958-vintage picture, what should appear but high-def? This made Mr. and Mrs. Consumer look deeper into the possibilities. Television and internet for less than the payment on a new car? Now, the trickle is a raging torrent, but cable companies are afraid of the water!

The phenomenon, like all social movements, appeals to the curious minds at Gildshire. How can we help? What are the best choices to make Comcast’s accountants quake in their boots? We researched the possibilities and found the number growing on an almost-daily basis. Here’s what’s best, for now. We will list them alphabetically, along with pros, cons, and who would best be served. Come on along! This will be fun, except for those pesky cable companies, who may have less fun.

Amazon Prime Instant Video: As long as you aren’t concerned that Amazon is taking over the world, this one might suit your needs. For $99 per year, you get free two-day shipping on your Amazon purchases, a free Kindle book each month, and unlimited access to both Amazon Music and Amazon Prime Instant Video. What’s on TV? Unfortunately, the networks you know are not. However, popular channels such as HBO, Showtime, Sundance, History, PBS Kids, and Reelz are available. The Amazon Prime movie library is excellent. Just pay-per-subscription channel and pay-per-movie. Cord-cutter rating: 3 out of 5.

Crackle: If you like to watch TV as you have always watched it, Crackle isn’t your answer. However, if you want to be entertained for free… Crackle doesn’t have a relationship with any network, relying on original programming and some TV “classics.” How classic? That depends on your taste. Crackle’s original, “Jerry Seinfeld’s Comedians in Cars Getting Coffee” is popular. Cord-cutter rating: 1.5 out of 5.

DirectTV Now: The companion service to the best satellite service money can buy (check the ratings, it’s true) offers entry level programming for $35. For that, you get 60 channels, including all four networks. Unfortunately, you won’t get DVR capability. That’s a big deal to many TV watchers who also have other lives. Also, in our experience, the picture is jumpier and the glitches are more prevalent. We only recommend this one to devotees of Audience Network (which is a great network.) Cord cutter rating 1 out of 5.

HBO Now: The first premium channel is still one of the most popular. HBO’s vast library of movies and TV shows may make you forget about the alphabet networks. Westworld, Curb Your Enthusiasm and Veep are all on the list, along with the water-cooler show of all time. That would be Game of Thrones. Sports lovers, though, must be content with boxing. At $14.99 some folks find the price, for what you get, a little high. To that, Jon Snow and the Targaryen family say, “Fosh!” Cord cutter rating: 3 out of 5.

Hulu: Depending on your needs, one of the two Hulu tiers will suit your needs. The lower-priced tier is just eight bucks a month. That low price grants access to Hulu’s library of movies and past shows. HBO, Showtime, etc can be added. However, if you want to watch television as it happens, the Hulu Live TV option is for you. For $40 a month, watch live network TV from every network except CBS. Premium channel add-ons are also on the menu. It depends on how much you are willing to pay. But, you won’t pay what you are now paying. Cord cutter rating 4 out of 5. Add a half point, though, if you are in love with The Handmaid’s Tale.

Playstation VUE: First, let’s dispense with the first question we are asked. No, you do not have to have a PlayStation to watch PlayStation VUE. Instead, it is Sony’s first foray into delivering live TV to its customers.  The channel selection is great, and the DVR capabilities are strong. It just costs a lot! Entry level programming is $40. Top of the line programming is $75, but that includes virtually anything you would want to watch, including both HBO and Showtime. Call it the Cadillac of cord cutting. Cord cutter rating: 4.5 out of 5.

Sling TV: Offering the closest thing to true ala carte TV is Sling TV. It offers a lot of movies, along with the one place a fan of the Pac-12 Network can go for a fix. The price is right, for an entry-level package. Sling Orange only costs $20 a month, and it includes ESPN!. Strangely, the more expensive Sling Blue doesn’t include ESPN. Quirkily enough, Sling offers NBC and Fox in most markets, but not ABC or CBS. Our verdict? If you watch a lot of sports but don’t care much for half of the major networks, Sling can work for you. Cord cutter rating: 3 out of 5. 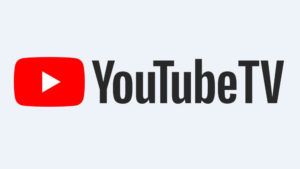 The one that has the cable companies most afraid.

YouTube TV: Up until a month ago, YouTube TV lagged behind the other services in terms of channel availability. The price was right, and the transmission and picture clarity was the best. But, there were too few channels! That all changed about a week ago when the Turner family of networks came on board. That means TBS, TNT, truTV, and Turner Classic Movies, along with others. The additional channels pushed YouTube TV to the top of the streaming mountain, and Gildshire’s recommendation. It offers a textured picture that none of the other services can match, along with all four networks, at least in most urban areas. Cord cutter rating 5 out of 5.

Well, that is what we know for now. Keep up-to-date, though, because the info changes frequently. If anything big happens, such as true ala carte TV, Gildshire will be on top of it.

That’s our promise, but we don’t charge a penny extra for it. Except for cable companies, who we charge by the hour.