5 Movies Based On Shakespeare Plays

Despite writing hundreds of years ago, William Shakespeare continues to inspire artists. His plays were designed to entertain, making them perfect for today’s films. Here are five movies based on works by the Bard himself:

West Side Story / Romeo and Juliet

One of Shakespeare’s most well-loved plays, “Romeo and Juliet,” tells the story of two young lovers from warring families. After meeting by chance at a party, Romeo and Juliet plan to marry and run away together. However, due to a misunderstanding, they both end up dead, their families devastated. In the musical film “West Side Story,” the setting changes to 1950’s New York where two gangs face off. Like the play it’s based on, the original “West Side Story” was first performed on the stage.

Known as “the Scottish play,” Shakespeare’s story of Macbeth follows the ambitions of a man and his wife to rise to the Scottish throne by murdering the king and his successors. Full of ghosts and witches, this dark play is dramatic and full of powerful monologues. In the 1990 film “Men of Respect,” Macbeth is “Mike Battaglia,” a mob man who plots to murder the Don and take over. John Turturro plays Mike, with Katharine Borowitz as his wife. The backstabbing politics of the mafia system is the perfect setting for a Macbeth adaptation. 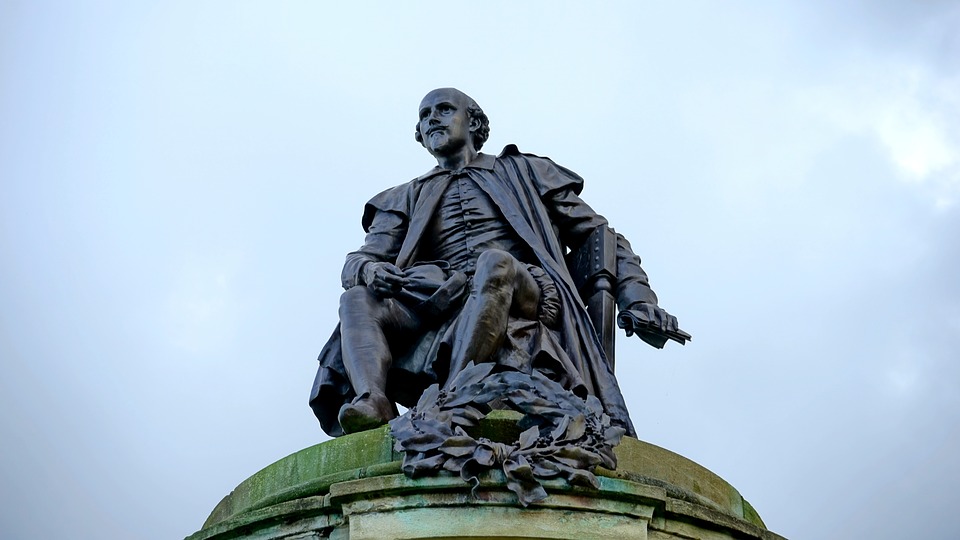 This comedy involves cross-dressing and love games, led by the character of Viola, who is in love with her master, a handsome (though somewhat oblivious) Duke. However, he believes she’s a man and enlists her help to win the heart of a beautiful widow. That widow promptly falls in love with Viola. If that wasn’t complicated enough, Violet’s twin brother Sebastian shows up. In “She’s the Man,” starring Amanda Bynes and Channing Tatum in one of his earlier roles, Viola disguises herself as her brother to attend a boarding school and play soccer, where she meets the captain of the team, Duke. This rom-com plays out almost identically to the original “Twelfth Night,” despite its very different setting.

10 Things I Hate About You / The Taming of the Shrew

In Shakespeare’s “The Taming of the Shrew,” a father desperately tries to marry off his daughter, Kate, but her abrasive personality scares off all the men. Enter Petruchio, who believes he can “tame” this wild woman and mold her into the perfect wife. The story hasn’t aged especially well, considering Petruchio’s “methods” include depriving Kate of food and water, but that hasn’t stopped filmmakers from making a series of adaptations. “10 Things I Hate About You” moves the story into a high school in 1999 and tweaks the setup so Kate (Julia Stiles) isn’t just strong-willed; she’s anti-social and mean. After their father says Bianca, Kate’s younger sister can only date once Kate does, Bianca hires a “bad boy” to win Kate over. Instead of changing her personality, this bad boy (Heath Ledger) simply reveals who Kate really is.

Just two years after starring in the film above, Julia Stiles returned to Shakespeare-in-high-school with “0,” a retelling of “Othello.” In the original play, Othello is a popular, successful man married to the love of his life, Desdemona. His supposed friend, Iago, is jealous, and plots Othello’s downfall by crafting a lie that Desdemona is unfaithful. In “O,” Odin (Mekhi Phifer) is a basketball player and the only black student at his school. His girlfriend is Desi (Julia Stiles), and his “best friend” is Hugo (Josh Hartnett). Just because this film is set in high school, it doesn’t hold back on the dark themes and violence found in the original play.

Did you know that Shakespeare’s skull might have been stolen from his grave? Click here to read more about this mystery and how experts are trying solve it.

Get Cozy: Creating Your Own Style Using Fiber Arts