Home » Our World » 5 of the Most Dangerous Jobs

If you think going to an office every day is bad, imagine going off to work every day facing the distinct possibility that you might not come back in one piece, or at all. These are five of the world’s most dangerous jobs:

This job might not seem that dangerous because a fair number of people do it, but the reality is that getting rid of the world’s garbage is very risky. Garbage collectors are frequently hit by speeding cars. Also the large equipment found in dumps can malfunction and cause severe injury. In addition, exposure to chemicals can cause severe health problems like brain damage, burns, and death.

If you’ve ever seen “The Deadliest Catch,” you have an idea of how dangerous deep-sea fishing can be. Fishermen have to worry about violent storms, falling equipment, and falling overboard. There are also less recognized risks such as dehydration and infections from sunburns. 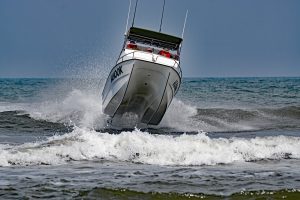 The Most Dangerous Jobs: Deep-sea fishing

Mining might seem like a job from the past, but people still continue to endure incredible danger every time they go down into a mine shaft. In 2010, 33 miners were trapped for 69 days after a cave-in. Other dangers include gas explosions, getting crushed by equipment, electrocution, and burns from chemical leakage.

Search and rescue is one of the bravest jobs anyone could do. Team members risk their lives to try and save others. They face extremely harsh situations like avalanches, storms at sea, tornados, hurricanes, floods, and more. Frequently, the conditions are so bad that these rescuers need people to come to save them, and it too often does not work out.

A few years ago, the Global Labor and Humans Rights organization released a report listing the most dangerous jobs in the world with “shipbreaking” as number one. This job requires workers to take apart giant tanker ships that can no longer be used. Toxic chemicals and chains holding up bone-crushing equipment are just part of the daily grind. Labor conditions barely protect or compensate workers if something does happen. The most casualties happen in Bangladesh, Pakistan, and India, where thousands of people die every year breaking ships.

How To Cultivate An Attitude That Promotes Success