From the beginning of time, what Man’s ability to imagine and thus create has had a significant impact on the human condition. A simple idea can change the course of history by eradicating disease, causing mass destruction or even just developing a more effective means of transportation.

The most significant invention in history is generally considered to be the wheel. However, there are other surprising inventions that changed the world that deserve to be acknowledged as well. Reason being, they were invented by accident, for the sole purpose of making money or have been around for so long that it feels like they have always existed.

While it is a natural occurrence, the creation of fire for human use is considered to be one of humankind’s greatest inventions. Experts claim that it first began being made artificially during the Early Stone Age. It subsequently lead to advancements in several areas, facilitating cooking, agricultural practices and medical treatment options.

Invented by accident in 1928, penicillin was discovered when a scientist noticed that mold that had developed inside of a petri dish had killed the bacteria sample inside. Illnesses that used to be fatal were thus rendered curable, ironically as a result of an accidental occurrence.

While it may be taken for granted today, the invention of paper was an extremely  important event in history. Papyrus, parchment and palm leaves were expensive, necessitating the development of a cheaper and more practical alternative. Paper was thus created during the Han Dynasty and spread to other regions through the use of the Silk Road. 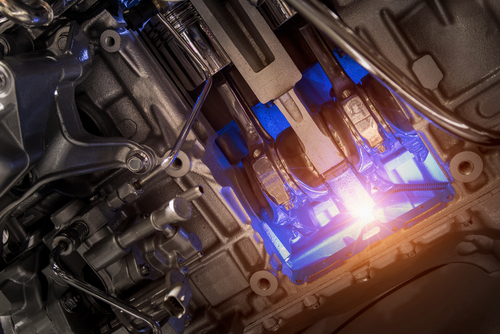 Surprising Inventions that Changed the World: The Metallic Engine background of the Internal Combustion Engine

Despite the advent of the wheel, the need for a more  effective means of transportation is always an issue for humankind. Horses and carriages had clear limitations, hence cars and aircrafts were invented with the help of internal combustion engines. Such engines are operated by the increased temperature of gas which expands, placing pressure on a piston which causes it to move.

In 1907 an inventor by the name of Leo Baekeland was looking for a way to make money by creating a synthetic material that could replace shellac. Using a combination of phenol and formaldehyde, after several attempts, Baekeland managed to create an early form of what is known today as plastic.

Many countries including Argentina, the US, Germany and Switzerland recognize the contributions of inventors by setting aside one day per year to commemorate their achievements. The efforts that early inventors have made, often sacrificing their own money, time and energy, has helped to make life significantly easier for all of us. For that they should not only be acknowledged, they should be respected as well.

How to be Productive? Manage Your Energy, Not Your Time!

Silver Screen to Small Screen: TV Shows Based On Movies