Netflix has been on fire the past few years, with exclusive series like Stranger Things gaining more and more fans every year. And Netflix shows no signs of slowing down either. In fact, Netflix has been diversifying its catalog and has begun offering anime content like their Castlevania series and their upcoming Godzilla anime.

Before these shows come out, why not take some time and learn a few new tricks—tricks that Netflix is eager not to show you? 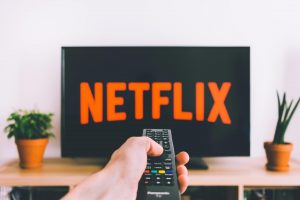 Netflix does have a secret solution to this, however: category codes. You can search for specific subgenres with category codes by entering these category codes in your search bar. Yes, this only works on Netflix’s website, unfortunately. However, category codes are a great way to diversify your catalog and find smaller titles.

The Netflix catalog varies from country to country, and chances are, there is at least one show that you’re interested in but is not available in your country. This isn’t uncommon; it happens to many users from various streaming services. Fortunately, users equipped with a Netflix VPN won’t have to worry about this since a VPN (Virtual Private Network) can trick Netflix into thinking you’re located in a different country. Plus, there are a lot of security benefits that come with a VPN.

Here comes Teleparty. With Teleparty (formerly known as Netflix Party), you can share your screen with friends. Teleparty ensures that video playback is synced across everyone’s devices, even adding a group chat! It also works with Disney+, Hulu, and HBO, not just Netflix.

Netflix has gradually increased its subscription prices over the years, and they show no signs of stopping. There are three subscription plans available to users: Basic, Standard, and Premium.

The differences between these plans lie in video quality and the number of devices that that account can be on at one time. For example, the Premium plan allows for 4K HDR viewing, whereas the Standard is limited at 1080p.

This tip isn’t so much a secret as it is a warning—make sure that you’re getting what you want out of your plan. If not, you can downgrade or upgrade your plan at any time.

5. Use Ethernet for Your TV/Consoles

An advantage DVDs have over streaming services is that they won’t buffer. However, if your Internet isn’t fast enough—or if there’s too much network traffic—your movie will buffer periodically, interrupting the content and annoying you.

One of the best ways to ensure a stable connection to Netflix is to hook as many devices as possible up to your network through Ethernet. Using Wi-Fi opens you up to poor signal, interrupted signal, and inconsistent speeds, whereas a wired Ethernet connection will ensure you have a stable connection. At the very least, using Ethernet will reduce the amount of buffering you experience, if not get rid of them altogether.

There are a lot of tricks that Netflix doesn’t tell you. From catalog codes that can help you find obscure shows to simply finding the right subscription plan, these tips will help you improve your overall Netflix experience.

How to Develop a Culture of Appreciation at Work?