Cinnamon, used in the form of Ceylon cinnamon in the Western world, has been used in various capacities since 2000 BC. At that time, it was a prized spice in Egypt. It was also used during medieval times by doctors in order to treat sore throat, arthritis, and more.

The Benefits of Using Cinnamon Regularly

There are several health benefits that go along with eating cinnamon often. Here are just a few of them.

Though there is no conclusive evidence, cinnamon appears to be an aid to those individuals who are diabetic. A study published in Diabetics Care stated that it may help to improve levels of lipids in glucose for people who have Type 2 diabetes.

Cinnamon helps stop the destructive effects of multiple sclerosis. A neurological scientist from Rush University Medical Center reported this to be the case. People suffering from this disease may be able to avoid the need to take expensive medications. 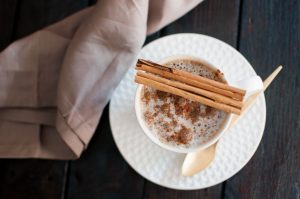 The Treating and Healing of Wounds

Pills including cinnamon and peppermint are being developed for the treatment of wounds. These capsules may kill biofilms and promote healing, according to research published in ACS Nano.

Scientists in Tel Aviv have determined that an extract from the bark of a cinnamon plant has the potential to inhibit the development of Alzheimer’s. This extract, known as CEppt and the discovery of its amazing properties is groundbreaking.

The National Institute of Health has reported that cinnamon has the potential to treat both fungal and bacterial infections. One key chemical component of Cassia cinnamon, cinnamaldehyde, is instrumental in fighting against infection.

When someone eats meals that are high in fat, it can cause some rather unpleasant effects. Cinnamon is one way to remedy this naturally. Researchers from Penn State claim that this spice can help with these effects. Therefore, this is ideal since cinnamon can be added to many types of food.

If you are looking to lose weight, cinnamon may be helpful. It cuts down on hunger by reducing blood sugar swings. Therefore, sprinkle some on apple slices for a truly healthy snack with double the effect. Apples work to keep you feeling full longer.