Home » Our World » 8 Inventions We can Thank Texas for Creating

It’s no secret that the US state of Texas has something of a proud cowboy heritage, but if you are fascinated about visiting the Lone Star State, you’ll be pleasantly surprised to find that it is an area of tremendous innovation and creativity.

In fact, Texas is the birthplace of some seismic inventions, some of which have changed the everyday lives of millions around the world, while others have brought joy and entertainment to our screens.

To prove that there’s more to life in Texas than Stetsons and country music, check out the following eight inventions the world has Texas to be thankful for.

Texas BBQ is now a globally recognized way of barbecuing meats in a traditional way. Settlers from western and central Europe were said to have brought meat smoking techniques to Texas in the 19th century.

Each corner of the state has different methods for barbecued meats. The most popular Texas BBQ styles can be found in Central and East Texas. The former uses dry rubs to infuse spices before cooking over oak, while the latter cooks its meat with sweet tomato marinades long and slow over hickory wood until the meat virtually falls off the bone.

The unique flavor of Dr. Pepper first appeared on the streets of Texas in a town named Waco. It was manufactured and sold here in 1885 by a local pharmacist named Charles Alderton, and since then the bottled drink never looked back.

Just a few years into the 20th century, Dr. Pepper was sold across the states, as Americans from East to West coast became enamored with the secret fusion of 23 ingredients which has since become a global phenomenon.

Although the technology has only become something of the norm during the previous decade, 3D printing has actually been occurring in Texas since the 1980s. In fact, Texas was where the concept of 3D printing all began.

A student at the University of Texas called Carl Deckard developed the process of selective laser sintering (SLS) as a graduate student. After some time, Deckard’s technology was capable of manufacturing real-life parts. He went on to license the technology for use in various light and heavy industrial environments.

Texas Hold’em is one of the most popular poker games in the US and beyond. It has its origins in the Lone Star State. The modest Texan town of Robstown is formally recognized as the game’s birthplace and was first played in the early 20th century.

Little else is known about how Hold’em managed to pervade other areas of the state, but it wasn’t until 1967 that the game would make its move to the “big time” and the bright lights of Las Vegas, thanks to the work of poker icons Doyle Brunson, Amarillo Slim, and Crandell Addington. 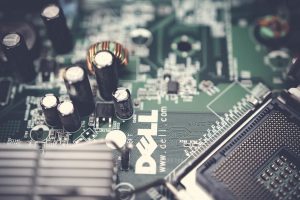 Inventions We can Thank Texas for Creating: Dell Computers

Did you know, computing entrepreneur Michael Dell was an alumnus of the University of Texas? During his time in college, Dell built and sold desktop PCs from his dorm room to fellow students. He then began to develop upgrade kits for some of the residential blocks at the college.

Impressively, Dell then sought a vendor license to bid for contracts to build new computers across the state. He was regularly selected due to his minimal overheads, and the rest is history. He was named “Entrepreneur of the Year” by Inc magazine, aged just 24.

Anyone who’s visited Las Vegas and walked up and down the Las Vegas Boulevard Strip will have seen many people indulging in yard-long frozen margaritas to keep cool.

The concept of a frozen margarita was developed by a Dallas man named Mariano Martinez. He was intrigued by the slush machines that existed at 7-Elevens throughout the city and decided to make a pre-mixed margarita that could be kept ice cold and served on-demand.

Martinez blended tequila, sweet and sour, and lime juice with plenty of crushed, slushy ice to develop the world’s first frozen margarita. Contrary to many naysayers, who believed that Martinez couldn’t create an alcoholic beverage that could be frozen, this Texan-born drink remains as popular today as it was in the 1970s.

There is a famous saying that “everything is bigger in Texas”, and this phrase is rather apt when it comes to the creation of silicone breast implants. Houston-based plastic surgeons Thomas Cronin and Frank Gerow created the world’s first implant back in the 1960s.

Allegedly, the concept was developed after the pair had been joking around. Mr. Gerow is said to have squeezed a plastic bag filled with blood for transfusions and joked that it felt like a breast. Although many would consider that to be a somewhat crass comment, it was the lightbulb moment that Gerow and Cronin needed to transform the world of plastic surgery.

Everyone’s favorite cuddly dinosaur is a genuine Texan. Barney the Dinosaur, who became a global revelation among youngsters in the 1990s and early 2000s, was the brainchild of Dallas-based Sheryl Leach.

Barney was initially created to act as an educational friend to her son. Ms. Leach secured a slot on the local PBS television channel, with the purple T-Rex becoming the star of his own “Barney & Friends” series. The series won a Daytime Emmy in 2001 and it also spawned careers in the entertainment industry for plenty of the show’s guests, namely Demi Lovato and Selena Gomez.

Other notable mentions for Texan inventions include Mexican-inspired fajitas, which were first concocted in the Rio Grande Valley in the early 1900s, as well as the US’ first patented grapefruit – the ruby red grapefruit.