A Guide to Buttercream Frostings

If you’ve ever tasted a homemade cupcake, odds are you’ve had buttercream frosting. You might have even tried to whip up a batch yourself. What is buttercream exactly? There are actually at least six different types that vary in ingredients and how you prepare them. If you fancy yourself a good home baker, you should know the differences in taste and prep. 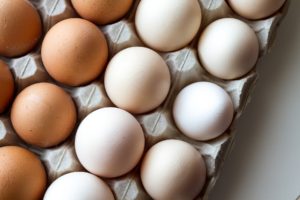 This buttercream style is probably the most familiar to you. It’s made from powdered sugar, vanilla, milk, and butter. It’s very sweet with a rich and creamy texture. It’s used for cupcakes and layer cakes. If you aren’t experienced, this buttercream is the easiest to work with.

Much trickier to master than its American cousin, French buttercream is made from egg yolks, which whisked until foamy and added to softened butter. You whip this into a heated sugar syrup that’s reached what’s known as the “soft ball” stage. This occurs around 235-degrees, when a drop of the syrup into cold water makes the syrup form into a ball. French buttercream is much lighter and fluffier than the American kind. After you’ve swirled the French buttercream on top of cupcakes, refrigerate them.

Also known as Italian Meringue buttercream because of its use of whipped egg whites and sugar, Italian buttercream also uses a sugar syrup, so it requires some focus. After the sugar syrup has reached 250-265 ?, you add it to the egg whites that have been whipped until stiff. When this is mixed together, gradually add the butter until you get your smooth buttercream. Italian buttercream is easy to pipe, but melts quickly, so store finished products in the fridge. 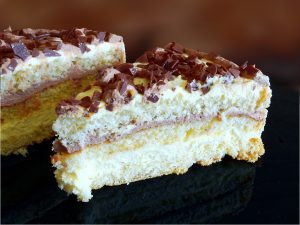 Easier to make than Italian or French buttercream, the Swiss version is a great choice if you want to experiment with something besides the American frosting. You whisk powdered sugar and egg whites together to make your meringue, and then slowly add the softened butter. There’s no hot sugar syrup involved.

Another great frosting choice if you want to stretch beyond American buttercream, you make this by mixing milk, sugar, and flour together in a saucepan. It’s the only buttercream that doesn’t use any egg whites or yolks. Mix constantly as the pudding heats up; you don’t want it to boil, you’re just cooking the raw flour taste out. After a few minutes, let the pudding cool to room temperature and then add in butter that’s been beaten until light and fluffy. The final result is less sweet than American buttercream and won’t melt as quickly.

This frosting has the same base as the flour buttercream, but before cooking it, you add cornstarch for thickening and egg yolks. Heat up the pudding – no boiling – and then let it cool in the fridge. You want it to be cold before mixing in beaten butter. The resulting buttercream is golden-colored, rich, and soft. It will melt quickly, so store cupcakes in the fridge. 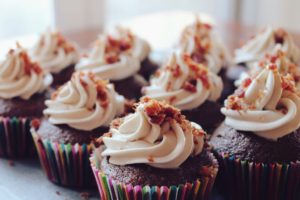 Add unique ingredients like candied bacon to your buttercream

Great flavors to incorporate into buttercream

Buttercream is delicious on its own, but to truly make it unique, consider adding different flavors before you mix in the softened butter. Some examples include:

A spoonful of jam

You can also improve the quality of your buttercream by using ingredients like cultured butter or flavored sugar. For any type of flavor, adding a pinch of quality salt will bring out the sweetness.

Frosting is often an important part of a wedding cake. When did that tradition even start?