A History of Pickles

Some of us enjoy a pickle as a sandwich side, or chopped up into relish for a hot dog. Some of us are even partial to pickle juice, though it’s hard to imagine anyone really liking pickle juice popsicles. Whatever your stance on pickles, they are definitely a hugely-popular snack food. While the name comes from Dutch or German for “salt” or “brine,” pickles are actually an ancient food. In this history of pickles, you’ll learn where pickles came from, who is king of the pickle world, and what other foods besides cucumbers can get the pickling treatment.

The history of pickles begins way back in time, specifically in 2400 BC. Archaeologists believe Mesopotamians had figured out how to preserve food by pickling it. The classic pickle – a cucumber – was not actually the first pickle, however. Those came from India and started getting pickled in the Tigris Valley by 2030 BC. Fast forward a few thousand years to 50 B.C., and you could find Cleopatra snacking on them. She claimed the pickles made her strong and beautiful. Julius Caesar must have agreed, because he and other Roman emperors after him supplied their troops with pickles. A least some of these pickles likely used dill, but that herb didn’t arrive in Western Europe until 900 A.D.

Fast forward to the Age of Exploration, where sailing and searching for new lands became popular. Sailors often got scurvy, a disease caused by a lack of vitamin C. Any fresh produce would go bad very quickly, so taking pickled veggies became necessary. Christopher Columbus allegedly grew cucumber crops in Haiti, so he could have a fresh supply of pickles on the way back.

Dutch farmers grew cucumbers by the late 1650’s in what’s now New York, but let’s go back to Europe for a second. For Jews in Eastern Europe (Poland, Ukraine, etc), kosher dills were very important. With more limited diets than other people, the winter months were especially drab. Pickled vegetables, including dill pickles, were very popular because of their flavor. It was common to fill a barrel with beets, shredded cabbage, and cucumbers, and let it ferment and pickle during autumn. When winter hit, the pickled veggies would be eaten and last until spring.

During the late 1800’s through the early 1900’s, eastern European Jews flooded into New York City, bringing their kosher dill pickles. Cucumbers were the veggie of choice and brined in barrels with dill, kosher salt, and other spices. At first, these pickles were sold mostly in the street from carts, but as more Jewish-owned stores popped up, people would buy them from barrels. It became common knowledge that if you wanted a good pickle, you go to Jewish store.

For years, pickles were a family-run industry. There wasn’t any particular brand that reigned supreme. However, Heinz eventually became dominant, but that changed in the 1970’s when a company called Vlasic changed the pickle game. They decided to aggressively advertise, which wasn’t something Heinz was doing. Vlasic went hard, introducing a stork mascot, and portraying the pickle as a pantry staple. It worked, and Vlasic became the national pickle brand. 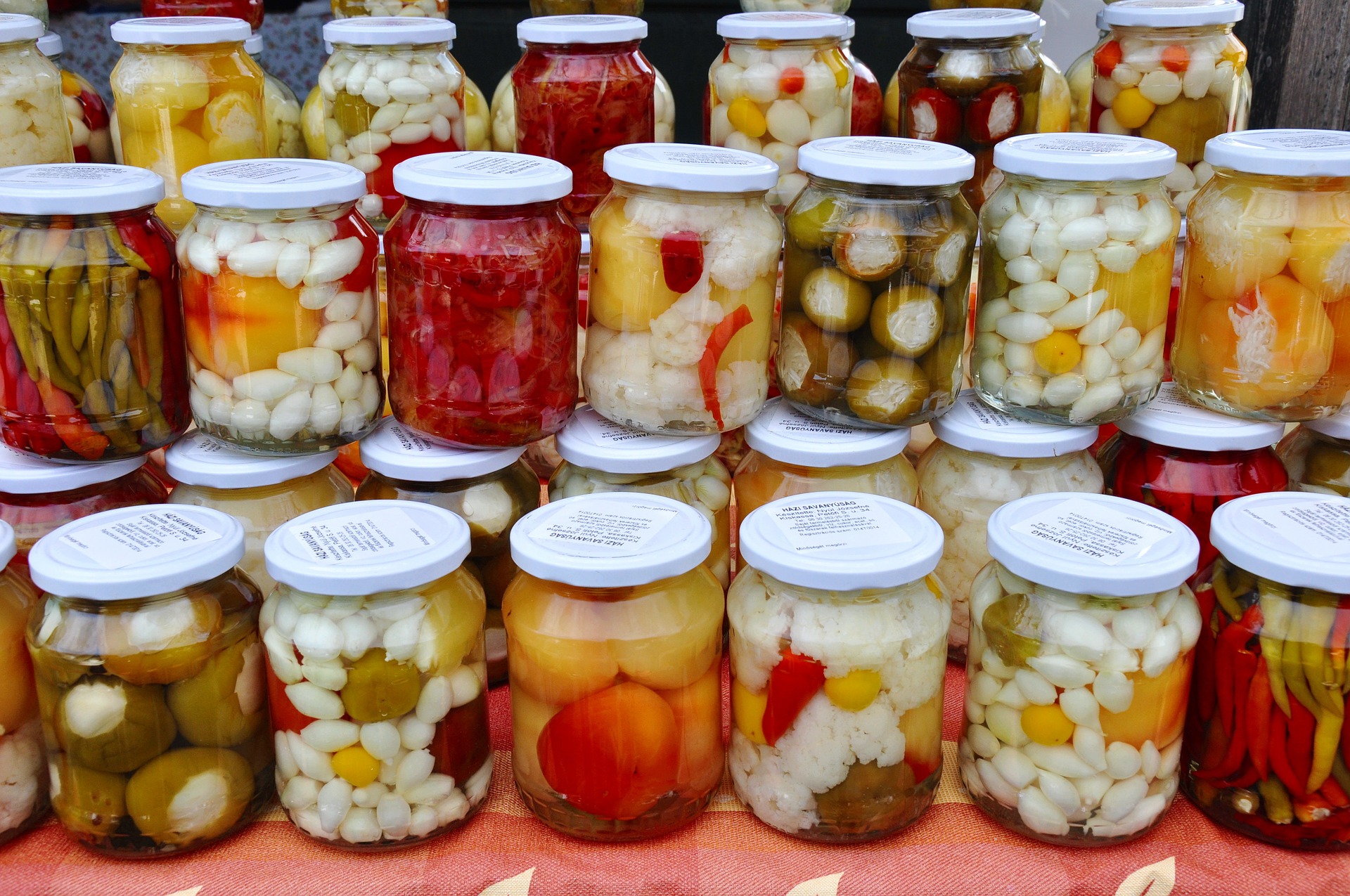 You can actually pickle just about anything, including celery, beets, Brussels sprouts, and tomatoes.

What can you pickle?

Through the history of pickles, lots of food has been brined and preserved, but most of us just assume “cucumber” when we hear the word pickle. You can actually pickle just about anything, including celery, beets, Brussels sprouts, and tomatoes. Fruit isn’t off-limits either. Pickled or preserved lemons are really common in Moroccan dishes, while you can also pickle figs, pears, grapes, mango, and even watermelon rinds. All you need is vinegar, salt, water, and some spices. Exact ratios vary, so look online for specific recipes.

Luckily, no one tried to eat it, but famous musician Chopin’s heart was actually pickled. Why? And what did it tell scientists?