A History Of Shoes To Sweep You Off Your Feet

Whether it’s a pair of heels sharp enough to kill a man or the newest limited edition sneakers from Nike, shoes are a huge part of our modern fashion culture. Jokes cracked about how many shoes such-and-such celebrity owns. Entire brands devoted to producing the most “in” footwear. Ever wonder what the first shoe looked like? How did the shoe industry begin?

When were shoes invented?

The first shoe ever was most likely crafted for protection. Even with their feet no doubt hardened by being constantly barefoot, ancient humans’ concern was about injuring their feet, getting an infection, and dying. Shoes created from animal skins, bark, and so on, depending on where you lived, might be open-toed (the first sandal) or covered, like a moccasin.

As is with the way with most things, status and class influenced the shoe. The toes on men’s shoes became very important in the Middle Ages in Europe. The longer your shoe’s toe was, the more important you were. Footwear made by the local shoemaker, who took individualized orders from fellow townspeople, was mainly of localized styles. So one would find a wide variety of heels, toes, and so on from village to village. Eventually, filling individual orders was just taking too long. So shoemakers began making more standardized shoes that people could try on and buy the same day. 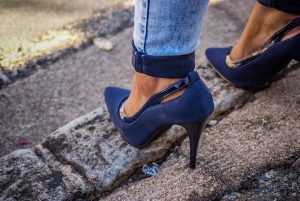 A History Of Shoes To Sweep You Off Your Feet

Industry and larger cities transformed shoemaking. Shoes were now made on machines like the sewing machine, and different styles arose from the new technology, like buckles and stronger soles. War was a primary motivation for improved production of footwear, specifically the Napoleonic Wars in France where over a quarter-million soldiers needed boots. For the rest of society, functionality strongly influenced styles, so there was a huge difference between the shoes a farmer or soldier would wear compared to a noble lady or king.

Today, shoes are just as much of a status symbol as they were hundreds of years ago. Brand recognition is huge. Shoes that look the same, but come from different brands can result in shocking price differences. Shoes also serve to make statements about a person’s identity and interests, resulting in casual shoes, formal shoes, and shoes designed for sports. We want our shoes to be comfortable, functional, and fashionable. Gone are the days where just a rabbit skin and some vines were good enough.

Dating Online: Be Safe when Searching for “The One”

Best Camping Tips: All You Need Out in the Wilderness