Marshmallows are a necessary ingredient in s’ mores, but they’re also great on top of hot chocolate. Mini marshmallows make frequent appearances in cookies, bars, and other baked goods. Who came up with the idea for marshmallows? And can you make them yourself? In this brief history of marshmallows, all will be revealed.

The history of marshmallows begins with a plant. Known as Althea officinalis, the plant is a member of the “mallow family.” The “marsh” part of the name comes from the fact that the plant grows in wet, marshy areas. In the 9th century BCE, ancient Greeks learned the marshmallow plant’s sap could treat toothaches. It was a common medicinal plant for other cultures, too.

Besides medicine, the Egyptians used the sap for a dessert, mixing it with nuts and honey. We wouldn’t call this treat a “marshmallow,” but it shows people knew marshmallow had potential. It wasn’t until the 19th century in France that confectioners got closer to the marshmallow we know today. They mixed dried marshmallows roots with egg whites, sugar, and water. However, the process took forever and confectioners wanted to sell more. So, they took out the plant and added gelatin. That means the marshmallows we enjoy now don’t actually contain any real marshmallow.

How marshmallows are made

Making your own marshmallows isn’t too difficult, but it does require good organizational skills and focus. Alton Brown has a recipe for marshmallows on Food Network. It uses ingredients like unflavored gelatin, sugar, light corn syrup, salt, cornstarch, and vanilla. We won’t describe the entire process here, so click on this link to see measurements and instructions. It does involve whisking, heating the mixture to a specific temperature, and lots of whipping. You then let the marshmallows sit to firm up before slicing them.

Why make homemade marshmallows? They’re very different than the kind you get in a bag. They’re softer and tastier, especially when you add different flavor extracts like peppermint, orange, or almond. Not much of a candy maker? You can find gourmet marshmallows made with natural ingredients from many retailers online. 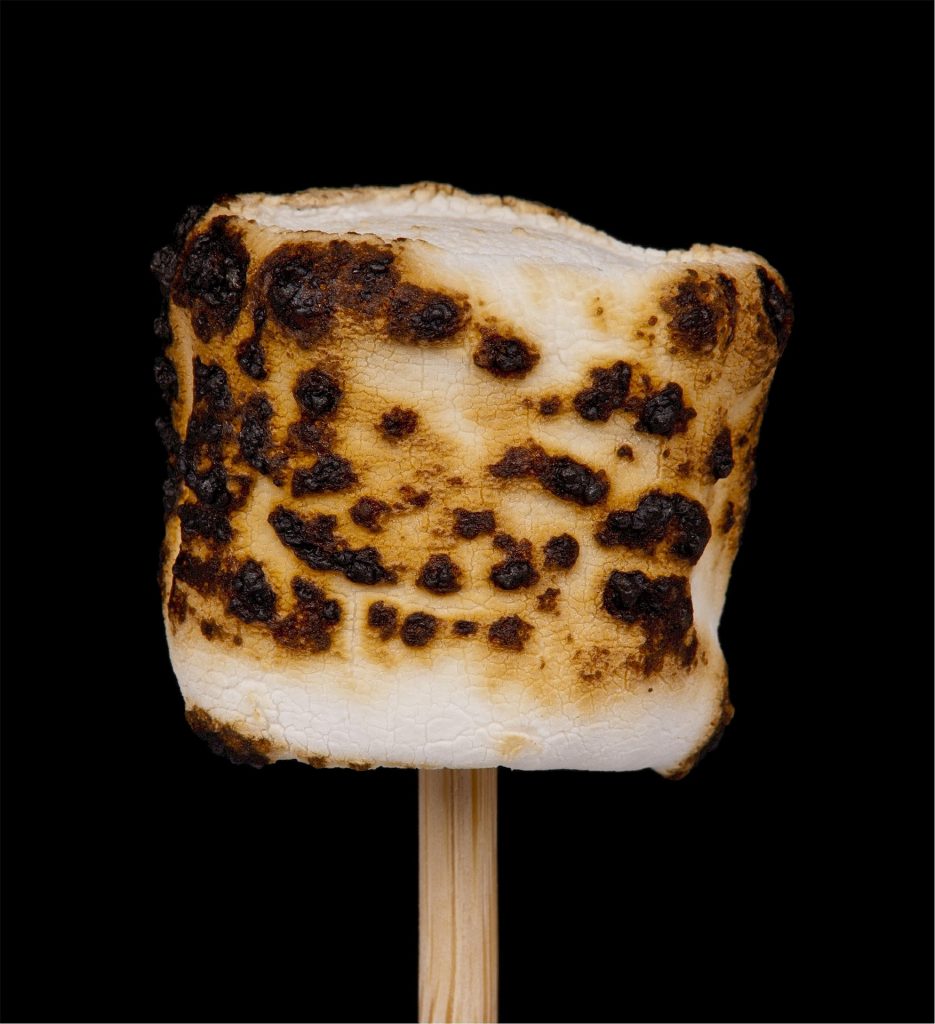 What if you’re vegan? Gelatin is an animal product, so it needs to be substituted with something else. In most recipes, people use a combination of agar agar powder and aquafaba. Agar agar comes from algae, so it’s plant-based. Because of its texture, it’s used to make jellies, puddings, custards, and marshmallows. Aquafaba is the name given to the liquid in cans of chickpeas. Together, they’re a great replacement for gelatin and give marshmallows their distinct bouncy texture.

In the history of marshmallows, they’ve had a variety of purposes. Today, you can find lots of odd tricks on the internet, such as eating a marshmallow to help soothe a sore throat. While the real marshmallow plant does have medicinal benefits, the gelatin version’s healing power may be more of a placebo effect. If it really works, it might be that the gelatin coats the throat, providing temporary relief. Another cool use for marshmallows: put a few in a bag of brown sugar to keep the brown sugar from getting hard.

We mentioned aquafaba in this article. Here’s the story of how it was discovered and embraced by plant-based eaters.

Winter Must Have Essentials in Your Wardrobe this Year