Home » Our World » A Visual Thinker: The Story of Temple Grandin

Temple Grandin wasn’t like other kids, and doctors believed she had some kind of brain damage. Her mother believed she was autistic. Encouraged by her mother, Grandin excelled academically and went on to transform the cattle industry and give TED talks. Instead of holding her back, her autism fueled her success.

Temple Grandin was born in 1947 in Boston, Massachusetts. She was non-verbal longer than most children, and a doctor diagnosed her with brain damage, blaming Grandin’s mother, Eustacia. After happening upon a definition of autism, however, Eustacia believed Grandin might be autistic. Children with Grandin’s condition were often institutionalized, but Eustacia refused to send her daughter away. Instead, she sought out the speech therapists and other experts. Grandin remembers a nanny who would spent hours playing games with her, helping her focus. At four, Grandin began to speak.

Social interaction remained difficult and Grandin struggled with loneliness. While visiting her aunt on her farm, she noticed the cattle-chute, which applied comforting pressure to the cattle to keep them calm. Grand wondered if something like that could help her, since she felt over-stimulated when hugged, but she did like the pressure. She became fixated on the machine, and despite many people’s attempts to dissuade her from it, she kept at it. At her college, psychologists even tried to get rid of her prototype “hug machine.” It ended up being used for autism therapy and years later, studies supported the theory that the machine helped reduce anxiety. 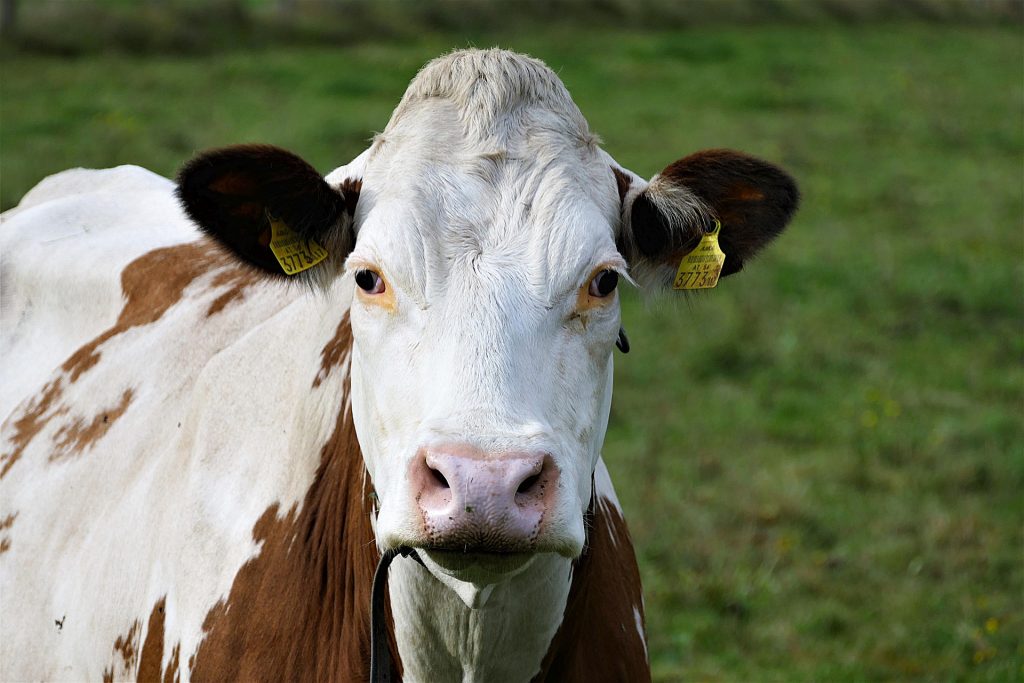 Grandin’s obsession with the cattle-chute had another consequence: it got her interested in animals and the cattle industry.

A career in cattle

Grandin’s obsession with the cattle-chute had another consequence: it got her interested in animals and the cattle industry. After college, she went on to earn a master’s degree in animal science and then a doctorate from the University of Illinois. She began work as a consultant with animal slaughterhouses and ranches, advising them on the treatment of their animals.

Her most significant innovation was a scoring system for cattle handling in the meat-packing industry. It’s a simple five point-system that puts the focus on the treatment of the animals. Creating a humane system was the most important priority for Grandin. One of her most famous quotes is: “Nature is cruel, but we don’t have to be.”

Grandin believes her autism led to her success. In an interview where she was asked if she could have done what she did without autism, she says no. She is a visual thinker and when designing equipment, she says she test runs it through her head. This gives her an advantage of people who aren’t capable of visualizing in the same way.

Though she’d spoke on autism for years, Grandin became known to the public following her appearance in a New Yorker article and book by neurologist Oliver Sacks in the 1990’s. He actually named his book, “An Anthropologist on Mars,” after how Grandin says she feels in a social situation. In 2010, Claire Danes starred in an HBO movie about Grandin.

While some people want to find a “cure” for autism, Grandin doesn’t agree that it’s a good idea. She knows that there are challenges that come with autism and its many forms, but with the right treatment, people with autism are completely capable of succeeding like she did. She advocates for early intervention like the kind she had as a child with her nanny and speech therapists, as well as more training for teachers. Functional autism is just a different way of thinking, and trying to get people to stop thinking a certain way is not a good thing. “The world needs all kinds of minds to work together,” Grandin says.

In the not-so-distant past, people with autism were ostracized and sent off to institutions. Bellevue Hospital was one of those places.