Home » Travel & Nature » A Walk Through Boston – Tradition and History

Boston, Massachusetts has been one of the most traditional and rich in culture city in the northeastern part of the United States. Most of its roots came from New England, which is the reason why people were able to adapt to the Eastern New England dialect which is commonly referred to as Boston English. Let’s take a walk through Boston.

There are numerous places to visit while in Boston, museums, libraries, gardens, parks, universities and some historical houses. Food in this state has been greatly influenced by the New England cuisine, based on dairy products and seafood, they are popular for their clam chowder and people just love a serving of their fish and chips. 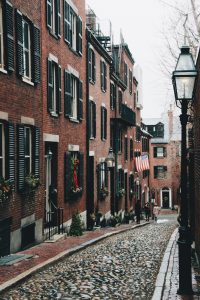 Boston has been a popular getaway for tourists and to name a few of the hottest spots in the area, let’s take an imaginary tour:

Honoring the battle of Bunker Hill is a 221-foot granite obelisk monument that pays tribute and marks the history of war in 1775. To further appreciate this wonderful view of the city, you would have to complete the 294 steps to reach the top.

This is one of the best way to experience what the city has to offer. It also gives you the best time off from your life’s busy schedule. Historical sites, wildlife, hiking, swimming, kayaking as well as picnic with the whole family are just some of the activities that you can do. Also the boat ride experience gives you a tour of the island.

It doesn’t take a religious person to appreciate the oldest church building in Boston. This is the spot where people were signaled that the British were coming by the sea at the night of the battle in 1775. There is also a museum rich in history that you can visit, located at the back of the church.

America’s oldest university established in 1636. Take a tour on the university grounds led by its students and explore different landmarks such as the Widener Library, University Hall, Memorial Church and Fogg Museum.

The oldest house in Boston has been standing since 1680. It used to be the house of Paul Revere in the early 1770 and has been restored to its original appearance to continuously preserve the historical value.

Boston’s Public Library has a wonderful reading room, the only library that has a Presidential Library. The Public Garden is a 24-acre of magnificent landscapes and provides Swan Boats that you can ride in the pond and go along around the park. Truly a great experience not only for the tourists, but also for locals.

7 Ways to Stay Fit During Coronavirus