AFC State of the Union After Week 3

Yes, that’s the lead-in sentence because it’s eye-grabbing. “What? That can’t be right,” is what anyone who’s not a Buffalo fan thinks when reading that.

Surprisingly enough, the Bills odds to win Super Bowl 54 have Improved but not they are still near the bottom of the pack. Vegas and top sites – you can sportsbetting.ag review here– have them set at 40 to 1, they opened at 100 to 1.

Are the Bills for reals, and what’s the state of rest of the AFC?

We might as well start here. The New England Patriots have surprised this season. Their dominating defense was a bit unexpected. Despite a significant loss of ‘talent’ over the last couple of offseasons, the Pats are still doing what the Pats do: win games.

The Dolphins are a disaster. It’s like Miami has become that secret Japanese cove where Dolphins get slaughtered in mass and then served up as lunch for school children. I don’t when the Fins will turn the corner, and I don’t see the end of their woes in sight.

The Jets kept it close in their season opener –a heated rivalry game– against the Bills. But since Darnold has been out, the Jets have been like a plane with no tail rudder. They got absolutely smoked by the Patriots and the Browns. Luke Falk couldn’t even get 100 yards through the air and got a pick to boot against the Pats. But Darnold has been cleared to practice, so we should see a little more passing production coming from the Jets soon.

Are the Bills the real deal? I’m not sold. Right now I can just say that they’re better than so-so. Because look at the teams they’ve beaten, the Jets, the Giants, and the Bengals, all ‘so-so’ teams. If they keep it tight with the Patriots and then follow up by beating the Titans, then we can say the Bills are legit. 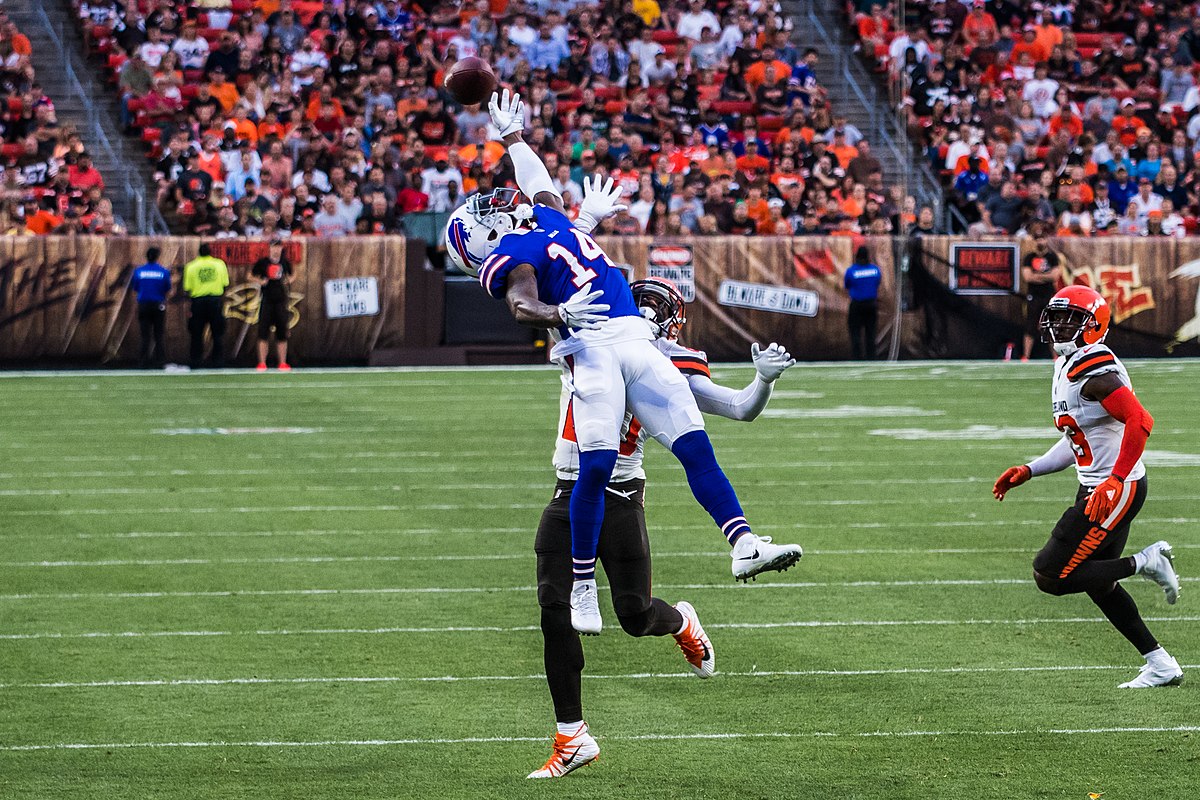 Are the Buffalo Bills the real deal?

The Browns stock has taken a nose-dive with their defeat to the Rams. That said, I’m not exactly sure why. The Rams are considered one of the main favorites to make it to the Super Bowl … again. And the Browns put together a valiant 4th quarter effort, but the talented defensive front of the Rams got the better of them. This stock drop should have happened immediately after getting rocked by the Titans, not after barely getting beat by a good team

[Rams]. The Browns have a tough schedule, so we should expect them to lose a couple more games. That said, they are still the best Browns team we’ve seen in years, and years, and years.

The Bengals and the Steelers are both 0-3. The Cinci Cats started rough with two interconference games. But they actually played well against the Seahawks, taking just a 1-point loss. Then the 49ers came over to their house and tore it down and the followed that up with a loss to the Bills. Next up is the Pittsburgh Steelers, who also just got shanked like an Alcatraz inmate by the Niners.

This game will show who gets to stand in 3rd place and who has to lay down on the bottom of the division with their face in the mud. The Steelers are sans Big Ben, so this will be an evenly matched game. Meanwhile, the Ravens rules the roost. Their only loss comes as a close one against the powerhouse, Kansas City Chiefs.

For a second there, it looked like the Raiders might be on the upswing … then we realized that it’s not so much that the Raiders are good, but the Broncos really bad. The Silver and Black got crushed back-to-back by the Chiefs, then the Vikings. They have the Luckless Colts next, if they can get a win in Indianapolis, maybe there is hope. Still, the Raiders one win is good enough to keep them in second-place out West.

The Broncos have done nothing but lose and the Chargers have a 1-3 record too, but the Raiders own a division win, so they ride in 3rd. That said, I expect the Chargers to overtake the in a couple of weeks when they beat the Broncos.

The Chiefs have lost quite a bit of the ground and pound, but they are passing the ball with the best of them. If there is a Super Bowl ready team in the AFC other than the Pats, it’s Mahomes and Reid’s Chiefs.

The Colts took a huge blow with Luck’s retirement. But they are still finding ways to win and currently stand in second place in the division. The Texans hold the same record (2-1) but have a division win over the Jags which slides Houston to the top.

The Jaguars crushed the Tennesse Titans, keeping them off the bottom even though both teams are 1-2. The Titans also took a division loss to the Colts, albeit, a close one. It’s a shame, because the Titans may be the best fourth-place team in the league. They crushed the Browns and took a nail-biter loss to the Colts before having a flop-game against the Jags. The AFC South is still wide open.

The President Versus California Over Emissions