Home » Our World » Air Guitar and the Quest for “Airness”

We’ve all heard our favorite rock song and had to break out our best air guitar. While most of us reserve our skills for the mirror or our closest friends, some are rocking out in front of crowds and judges. Competitive air guitar has no set beginning, because as long as there’s been guitar, people have been pretending they’re playing one. The first big competitions, however, started in Sweden and the United States during the 1980’s. Since 1996, the Air Guitar World Championships have been held in Finland. 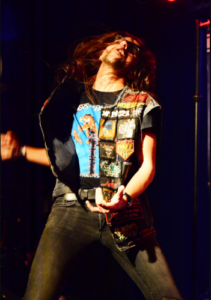 The competition originally began as a joke – a kind of fun sideshow to the music video festival – but it soon became the selling point. Complete with cheering crowds and judges, not all air guitarists are created equally. Competitors get 60 seconds to perform, and are judged with a 4.0-6.0 score system, with 6.0 being the highest. There are four judging categories:

Who spends time, energy, and money on trying to become the best air guitarist in the world? Dan Crane was a software engineer and part-time (real) guitarist who decided to take on the challenge and write about it. He took on the name “Björn Turque” and immersed himself in the world of air guitar. Knowing how to play the real guitar didn’t really help, and in fact, he says it actually made it more difficult. He would become too focused on making his hands look perfect, and forgetting to really let loose and have fun. 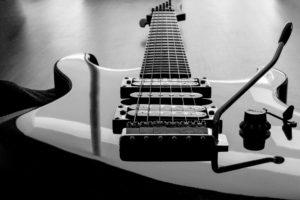 He overcame his challenges and went on to place second in multiple competitions, making a name for himself. He wrote the book, “To Air Is Human,” and is one of the subjects of the 2006 documentary, “Air Guitar Nation.” While promoting the film, he stopped in Edinburgh and met a Scottish “air groupie” – a fan of air guitar – and married her. Crane has since lectured on the art of air guitar at places like Columbia University, Nasa, Google, and TEDx.

In current air-guitar news, the American Matt “Aristotle” Burns is the reigning champ. He was inspired by “Air Guitar Nation,” and has spent the last ten years perfecting his craft. Calling it the “silliest, dumbest, most beautiful, amazing thing” he’s ever seen, Burns has won four national air guitar championships and at his 2017 World Championships appearance, two judges gave him a perfect score. At first glance, Burns doesn’t look l ike a rock god, but his stage presence is what sets him apart. He’s performed in theater and as a stand-up comedian, so he knows how to draw in a crowd. Check out his set here.

Technology has begun to play a bigger role in the art of air guitar. In 2005, Helsinki students created a pair of gloves and an infrared camera which would translate the wearer’s hand movements into musical notes. In 2011, a California startup called Yobble created Air Guitar Move, which turns the iPhone and a motion-sensing guitar pick into an air guitar. The most recent update was from 2015, when the creators were still seeking fundraising money.

There were probably a lot of air guitarists rocking at the greatest rock concerts of all time, listed here.

No, the Voynich Manuscript Has Not Been Solved