The tallest peak in North America at 20,320 feet, Mount McKinley and its regal reflection in the aptly named Wonder Lake are the primary attractions of Alaska’s Denali National Park, but they’re not the only draw cards. Visitors return from the 6-million-acre wildlife reserve, which is larger than the state of Massachusetts reporting sightings of grizzlies, wolves, caribou, moose, Dall sheep, and golden eagles cruising the skies. Then, there are the views, sweeping vistas of subarctic tundra and taiga, glaciers and deeply gouged valleys, and a good number of massive mountain peaks that almost compete with McKinley, which was named after the 25th U.S. president but is always referred to among Alaskans by its Athabascan Indian name: Denali, ‘the high one.’ 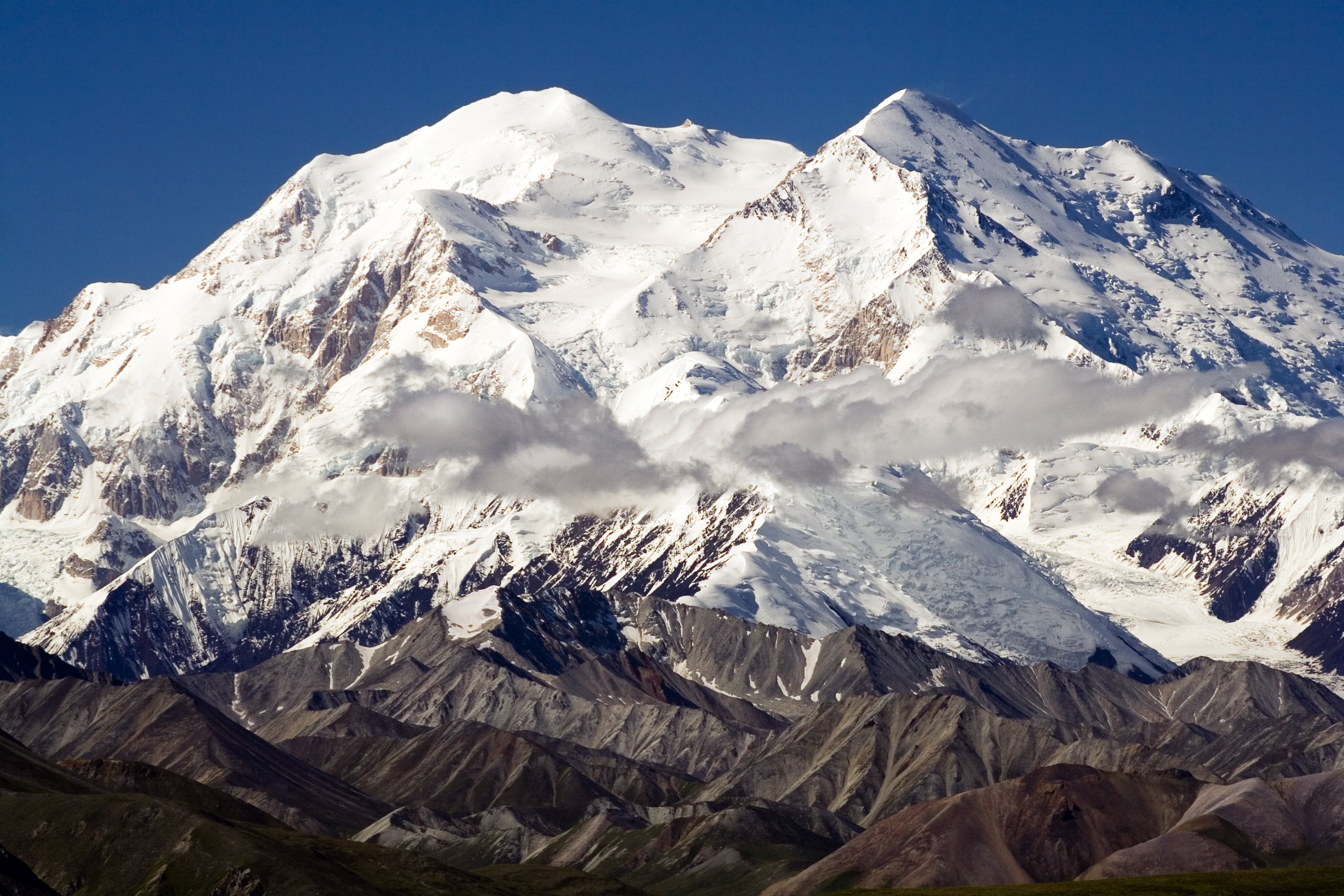 Mount McKinley/Denali is often wreathed in clouds, but your best shot at a clear and up-close view is on a hillside in the very heart of the park, where you’ll find the rustic Camp Denali. The camp was founded by two female ferry pilots (and one of their husbands) in 1951 when they homesteaded land not yet designated national parkland. If you stay at the camp’s cluster of 17 log cabins, you’ll be one of 40 happy campers who not only enjoy the wonderful and knowledgeable staff and excellent cooking, but the chance to experience the park on naturalist-guided hikes, or during evening educational programs, and explore wildlife-sighting possibilities at a relaxed pace. Otherwise, touring and tent-camping are widely restricted to protect the park’s fragile ecology; there is only one 90-mile road, of which only the first 15 miles are paved, and it is closed to private vehicles. Summer brings long northern days, with 16-20 hours of sunlight in which to take in the scenery. 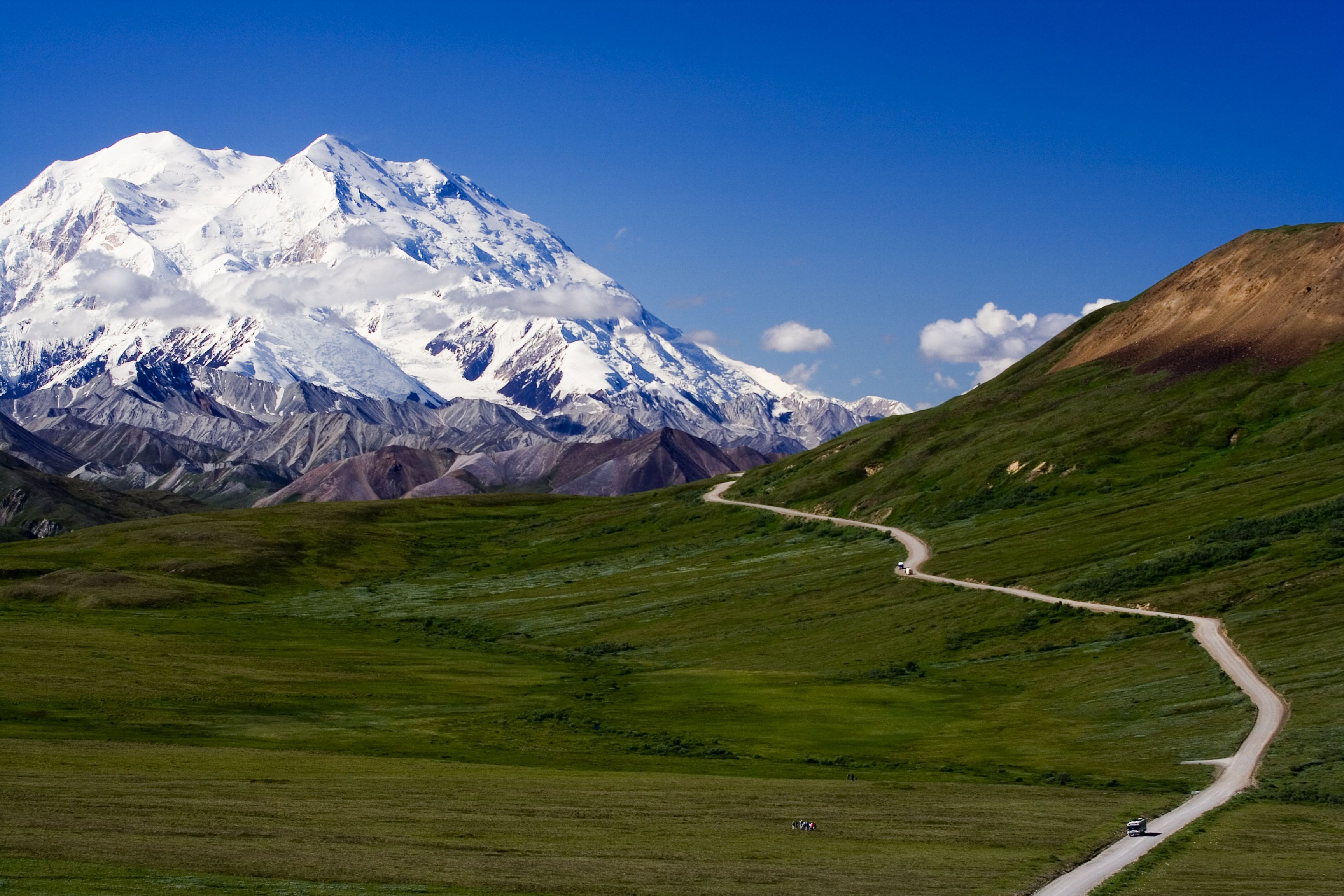 The best time of the year to travel to Mount McKinley/Denali is June for the wildflowers, birding, and the summer solstice on the 21st June when almost 24-hour sunlight provides a unique wildlife-viewing experience. August and September are also special for the magnificent autumn foliage.