All that you need to know about the Zantac Lawsuits

All that you need to know about the Zantac lawsuits

Zantac is a popular medication for heartburn and acidity. Zantac was used regularly by 15 million people in the US in the year 2017. Most of them took it every day for long periods thinking it was safe. Like other popular antacids, it treated GERD, or gastroesophageal reflux disease, and peptic ulcer disease.

But after years of consumption, it was observed that the medication can cause cancer in the human body. A random quality test was conducted in 2018, which found that Zantac contained very high levels of the human carcinogen – NDMA (N-Nitrosodimethylamine). The Food and Drug Administration immediately issued a public safety warning and all prescription and over-the-counter ranitidine drugs (including Zantac) were withdrawn from the market.

Many of the patients who started developing cancer because of taking Zantac, thus, started suing the major Zantac manufacturing companies like Sanofi, and thus was born ‘Zantac Lawsuits’. Zantac lawsuits are legal claims filed by people who developed cancer in different areas of the body like the liver, bladder, stomach, pancreas, and esophagus because of the consumption of Zantac. Most of these lawsuits are filed through firms like Rosenfeld Injury Lawyers.

As of April 2022, about 2100 lawsuits have been filed in the US Fderal Court, where they have been grouped as “class action” Multi-District Litigation. The first cases shall go to trial at the end of the year 2022. Additionally, over 30,000 Zantac cancer patients have filed claims using an off-the-court procedural mechanism.

So, what are these lawsuits, and why did they start in the first place? Let’s find out through this detailed article on the famous Zantac lawsuits.

Why are people filing Zantac Lawsuits?

The medication, Zantac, has a substance called Ranitidine. Used for treating heartburn and acidity, Ranitidine-containing Zantac started causing different kinds of cancers in people who had been consuming it for a long time. Later on, it was found that the Ranitidine that Zantac contained as the main ingredient has a component called the N-Nitrosodimethylamine or commonly known as NDMA, which is one of the most popularly known potential carcinogens.

As lawsuits from across America started coming in, the FDA looked into the matter and asked manufacturers to stop the production and supply of Zantac. It was found that the NDMA contamination tended to increase if Zantac sat too long on the shelf. Since there was no way for the FDA to know for how long the Zantac tablets had the NDMA-contaminated Ranitidine in them, they decided to stop the sales altogether. 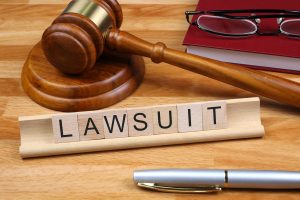 Many of the patients who started developing cancer because of taking Zantac, thus, started suing the major Zantac manufacturing companies

What were the claims that the Zantac Lawsuits made?

Zantac lawsuits that were filed by patients broadly made two claims.

What types of cancers were a part of the lawsuits?

Zantac lawsuits included multiple types of cancer caused by long-term usage of Zantac. Some of the most common cancers caused by Zantac are mentioned below.

The majority of people diagnosed with one of the multiple types of these cancers were said to have no family history of cancer. Many of them also did not show any usual genetic markers of cancer until they started taking Zantac.

Other than cancer other health concerns were included in these lawsuits as well. Anyone who has used Zantac between the year 2000 and now and has developed any kind of cancer or other health conditions is eligible to file a Zantac lawsuit.

Other health conditions included in the lawsuit are-

Do you qualify for a Zantac Lawsuit?

According to most medical and injury lawyers, you are eligible to file a Zantac lawsuit if you can prove that you have used Zantac regularly for at least a year, have a cancer diagnosis, and there is a link between the two.

Zantac lawsuits only take those into account who consumed the brand name Zantac and not generic Ranitidine. However, if you suspect that you might be eligible to file a claim, it is always better to consult an attorney first as they can evaluate your eligibility more accurately.

Bonus: Compensations to ask for in a Zantac Lawsuit