Before we get into quantum computers, it helps to know a little about regular computers, which are known as “classical” computers. All classical computers are limited by the minimum energy it takes for them to successful perform one task. If that minimum is too high, it really restricts what a computer can do. While techies have gotten that minimum amount of energy down to an impressive degree, the future of computers lies elsewhere. 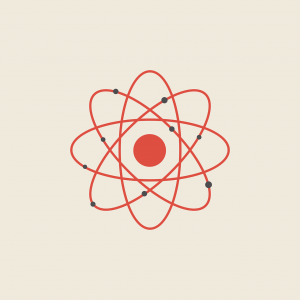 Quantum theory is a branch of physics, and involves atoms and the smaller bits inside them. The rules of this tiny world are very different from how everything else functions. One of the world’s famous physicists – Richard P. Feynman – said that the atom and subatomic particle are like nothing anyone has ever seen. When it comes to explaining quantum computers, let alone creating them, we’ve certainly got our work cut out for us.

The question facing the tech world is what if computers were designed to operate on a quantum level instead of the classical way? This means those computers won’t be limited by the normal laws of physics. Instead, they’re harness the power of the atom to exist in more than one state at once. While classical computers can only do one task at a time, albeit very quickly, quantum computers would be able to handle multiple tasks all at once.

What could a quantum computer do? The possibilities are exciting. Any task that requires the analysis of a ton of data would benefit. Think smarter artificial intelligence, more effective hunting for distant planets in space, and faster mapping of genes for better drugs.

One problem would be that as soon as quantum computers hit the market, anyone with a classical computer could be in trouble. This is because a quantum computer would be able to decrypt codes much faster, making online security essentially pointless. Everything from your personal bank account to a government’s most secret files would be vulnerable. Because this is such a huge concern, people are also working on quantum encryption methods in order to protect sensitive information.

When can we expect these machines of the future? Early this year, a Canadian company called D-Wave Systems released one for a meager $10 million. The computer has 2000 qubits. A high-tech cyber security firm – Temporal Defense Systems Inc – bought the first. D-Wave is also working on a fifth model, which they hope will have 4,000 qubits. The D-wave quantum computer have come under some scrutiny, because of their high price and the fact that the computers haven’t been able to beat every classical algorithm, or actually do better than classical computers. This means that right now, there is no true quantum computer that stands head-and-shoulder above every classical model.

IBM’s quantum computer division announced that it hopes to have more affordable 50-qubit computers on the market in the next few years. Meanwhile, work will continue on classical computers to make them faster and more efficient, but if quantum computers ever become a reality, our world will never be the same.

When quantum computers become commonplace, we’ll need much more advanced security settings. For right now, here are some good methods you can use to keep your phone and computer safe from hackers.