Apple Chief Executive Officer Tim Cook made news this week by confirming internet rumors. His company is indeed involved in the driverless car movement. It’s the first time the Apple CEO admitted to Apple autonomous car research. For now, Apple is focusing on driverless tech, as opposed to building an autonomous car. CNN reports that Cook’s company is calling it the mother of Artificial Intelligence projects.

Rumors of an Apple autonomous car have been rampant in recent years. Apple hired engineers for a super-secret program code-named “Project Titan.”  The idea of an “Apple Car,” excited the media and the public alike,  leading to mass speculation. Electric powertrains? Game-changing infotainment systems? Integration such as the car world has never seen before? It all seemed within reach. 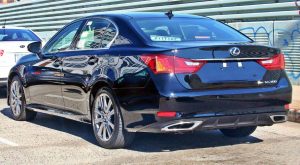 If you aren’t driving you might as well be riding in a Lexus.

However, Apple’s intentions remain unclear, since Cook only just confirmed the existence of a plan. This is what we know, for now. Apple received permits in April to test self-driving cars on public roads in California. The company’s modified Lexus RX test rides motor about on California roads. Apple also joined other self-drive research firms in submitting comments on proposed changes to California’s self-driving car rules.

In coming clean about the driverless tech program, Cook also shared thoughts about the future of automotive technology as a whole. He joins other movers and shakers in believing driverless cars are not alone in major changes coming to the car market. The electric car revolution is another major pieces of the disruption headed for the car industry. Uber is already revolutionizing the world of cars. (Apple is a major investor in Uber.)

However, Cook left one of the elephants in the room undiscussed. The question of an actual car, branded with the distinctive one bite out Apple, was sadly left unanswered. In fact, he coyly deflected direct questions about a car.

A brave new automotive world is looming. More of it will be driverless than we ever thought possible. Apple autonomous shouldn’t be a surprise, but Tim Cook’s public statements are intriguing, to say the least. Watch this space as Gildshire Magazines follows the news.

Log Homes Are Beautiful, But Are They For You?

Air Travel and Tips That Will Keep You Healthy