The folks who run the show at Apple are known for keeping things close to the vest. While the competition bursts forward with sneak previews and breathless predictions, Mac’s Daddy stays quiet. That’s the way it is when it comes to computers. That’s also the way the company handles driverless technology. While adorable Google micro-cars trundle about the northern California landscape, Apple hides away. That is, until now. Today, Gildshire’s Car and Motorcycle Magazine looks at Apple’s advancements in the driverless tech that defines automotive changemakers today.

The news is promising, especially when it comes to safety considerations. Here is what we found out.

The new system uses onboard cameras to identify objects even in tricky situations. These include occasions when raindrops cover the lens. The car estimates the position of a pedestrian even if a parked car is in the way.

Other improvements include providing cars direction through simultaneous localization and mapping. Three-dimensional maps use car sensors in urgent situations. Decision-making is made easier, therefore, mistakes are minimized. 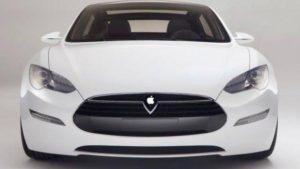 Where significant questions, though, is in the area of monetization. In other words, we are still not certain how the tech giant will commercialize its self-driving know-how. At the moment, its next goal is to produce driverless employee shuttles. Even that will take the company on an unfamiliar path. The company expects to sell major manufacturers’ vehicles. However, Apple prefers its own product when it comes to the final public offering.

These are some of the obstacles to overcome before the project enters the final stages. However, the discussion alone refreshes the atmosphere. Apple has struggled to attract AI talent in part because of its secretive approach. Researchers like receiving academic and industry recognition. Openness could keep Apple’s AI team in the spotlight and reel in scientists who’d otherwise go to Facebook, Google or other tech giants.

Observers, speaking anonymously, are calling Apple’s newfound loquaciousness “an opening of the kimono.” Here’s hoping it begins a new frontier in communication. After all, Google, Amazon, and Apple will soon rule the known world. It would be nice to know which way the wind is blowing. Maybe, we’ll find out on our iPhone.