Traveling to Ireland means preparing for a lot of things…mainly the weather. The Irish climate is cold and wet, especially on the coasts. Given the nature, the Irish people had to adapt and figure out ways to stay dry and warm. Thus, Aran wool sweaters were developed and became the traditional knitwear of Ireland. 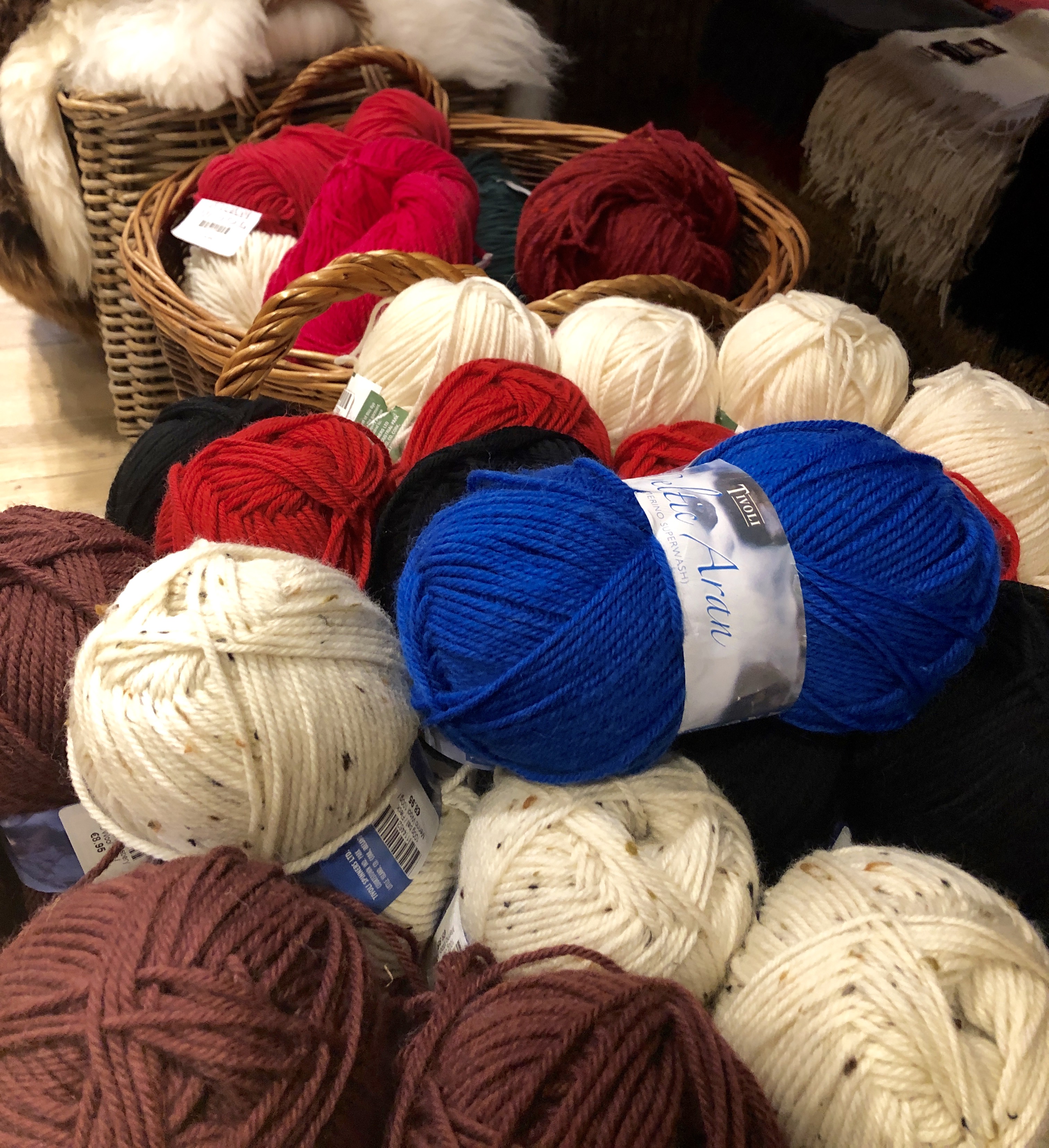 The origins of the Aran sweater can be traced back to an island 400 miles South-East of the Aran Islands, located in the English Channel called Guernsey. Much of Guernsey’s trade relied on fishing, which was an occupation that had tough clothing demands. The fisherman’s clothing needed to be durable, comfortable, warm, easy to mend, stain resistant, and water resistant. With these requirements in mind, the people created the gansa sweater. Initially knitted with simple, tight stitching, the patterns evolved over time to become more complex, and in Ireland, develop meaning.

Back in the early 1900’s off the West Coast of Ireland, the people living on the Aran Islands needed ways to survive the cold, wet environment. Because the Islands are located at the mouth of the Galway Bay and edge of the Atlantic Sea, the main occupation of the Islanders were fishermen and farmers. The Aran sweater has many attributes that made it suitable clothing for the island’s community. It is water repellent (an Aran sweater can absorb 30% of its weight in water before the wearer feels wet), the natural wool fibre used in the sweaters is breathable, drawing water vapour away from the skin and releasing it into the air, thus helping the body to maintain an ideal temperature, and most importantly, an Aran sweater keeps the wearer warm because wool has an excellent insulating capacity due to the high volume of air in it, thus protecting the wearer from excessive cold and heat.

With all of its positive attributes, the pattern of an Aran sweater was passed down through generations, ultimately resulting in becoming a symbol of Irish Clan heritage.The intricacy of the patterns in each sweater reveals information about the wearer of the sweater. The different stitches have different meanings and were used to represent a clan. If a fisherman body washed up on the beach from an accident at sea, the sweater could aid in determining who the fisherman was. A compilation of the traditional patterns used can be seen at the Aran Sweater Market on the Aran Islands. A breakdown of each stitches general meaning is as follows: 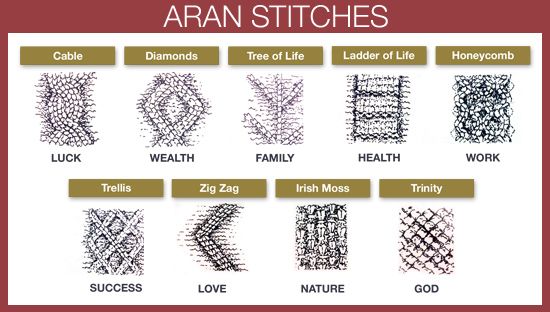 – The Cable Stitch: a depiction of the fisherman’s ropes and symbolizes a wish for a fruitful day at sea

– The Diamond Stitch: reflects the small fields of the islands, which are sometimes filled with Irish moss stitch to depict the seaweed used to fertilize the fields, thus symbolizing a wish for success and wealth

– The Zig Zag Stitch: represents the twisting cliff paths on the islands

– The Tree of Life: reflects the importance of the clan and is an expression of a desire for clan unity

These stitches are reminiscent of Celtic Art and found to have similar structures to patterns carved at Neolithic burial sites. These patterns, these sweaters, are beautiful, complex, and representative of the lives of the fishermen who wore them. They are believed to have been symbolic of nature, the sea, and the fishing families who lived on the Aran Islands.

As the tradition grew, ultimately the sweaters went commercial because people of all occupations realized the warn, majestic qualities of the Aran sweater. Nowadays, the popularity still grows. Though most are knit by machines now, they still remain timeless and a point of pride in the Irish heritage.

Why Meditation Shouldn’t be on Your To Do List?