Are the Good Boys Good Enough: Gildshire Goes to the Movies

Hello once again, filmophiles. Your friends at Gildshire are back with another edition of Gildshire Goes to the Movies. In this episode, we will find out if the good boys are good enough, if the Angry Birds are, perhaps, too angry, and whether or not anyone misses Bernadette. Just a reminder, since we haven’t in a long time. Gildshire uses a five-star rating system in which *5* means we want to see it Opening Weekend if not Opening Night, and a *4* means it is a movie we would like to see at a first-run theater. Anything from *2-3* is worth it if the ticket is free. If a *1* is playing at the local drive-in we will park behind the screen. So settle in with a bag of Orville Redenbacher’s and let’s talk movies!

Before there was Pokemon for cell phones, there were Angry Birds. They quickly went from leisure pursuit to national obsession. It was inevitable that a movie would ensue. What was not inevitable was that the first movie would gross so well as to need a sequel. As is the case with most sequels, it is at once both more polished and less fresh. It stars the voice talents of Jason Sudeikis as Red, Josh Gad as Chuck, Leslie Jones as Zeta, and Bill Hader as Leonard. Rotten Tomatoes 72, Gildshire 3.6.

Where’d You Go, Bernadette, rated PG-13 for some strong language and drug material.

Creative people can be a quirky lot, and Bernadette Fox is one of the quirkiest. However, years of sublimating her own needs for her family have left her a bit twisted. Her (literal) journey to self-discovery stars Cate Blanchett as Bernadette, Billy Crudup as Elgie, Kristen Wiig as Audrey, and Emma Nelson as Bee. Rotten Tomatoes 49, Gildshire 4.0.

Boys struggling with the very concept of girls and romance has been the stuff of stories forever. In this entry in the genre, an invitation to a “kissing party” (I don’t think that was a thing when Gildshire was a boy) leads to hilarious misadventures, some of them far afield from actual kissing. The cast is engaging, and there are enough laughs to fill the two-hour running time. It stars Jacob Tremblay as Max, Retta as Lucas’ Mom, Will Forte as Max’s Dad, and Lil Rel Howery as Lucas’s Dad. Rotten Tomatoes 81, Gildshire 4.4.

Second, only to Fortnite, sharks fascinate us the most. Why else would Shark Week rate like Big, Bang Theory? In this thriller, four girls confront great whites as their air supply runs out (the girls, that is, as sharks, never run out of air in the movies). It stars Sistine Rose Stallone as Nicole, Corinne Fox as Sasha, and Sophie Nélisse as Mia. Rotten Tomatoes 59, Gildshire 2.5.

Blinded by the Light, rated Pg-13 for thematic material and language including some ethnic slurs. 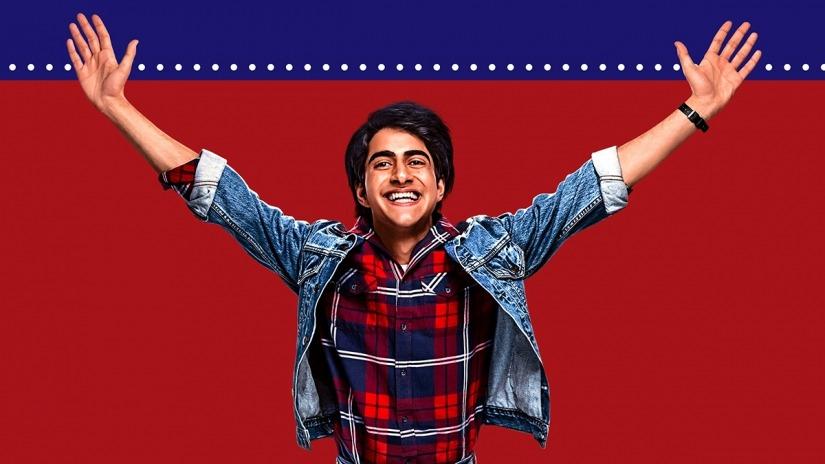 Viveik Kalra stars in Blinded by the Light, honored as the Gildshire Movie of the Fortnight.

Music spans generations, and the miles that separate us from each other. If you believe that, and as a Gildshire reader you must, this film as Movie of the Fortnight, makes sense to you. A young man from Pakistan is moved by Bruce Springsteen’s inspirational music. He uses what he learns from The Boss  to overcome obstacles. Based on a true story, it stars Viveik Kalra, Hayley Atwell, Rob Brydon, and Kulvinder Ghir. Rotten Tomatoes 91, Gildshire 4.7.

So, will you see our movie of the fortnight or are the Good Boys good enough for you? Either way, enjoy your weekend and join Gildshire Goes to the Movies again in two weeks.

The Most Controversial Art Of All Time