For the first time in the history of the Solomon R. Guggenheim Museum in New York City, six different artists will curate a show from the museum’s collection. This groundbreaking exhibition also celebrates the 60th anniversary of the museum’s innovative creation by Frank Lloyd Wright, which opened its doors on October 21st, 1959. Artistic License: Six Takes on the Guggenheim Collection, brings together both well-known and rarely seen artworks from 1900-1980, emphasizing the expansive modern art collection the museum holds. With the help of Nancy Spector, the museum’s artistic director and chief curator, the six artists got to work. 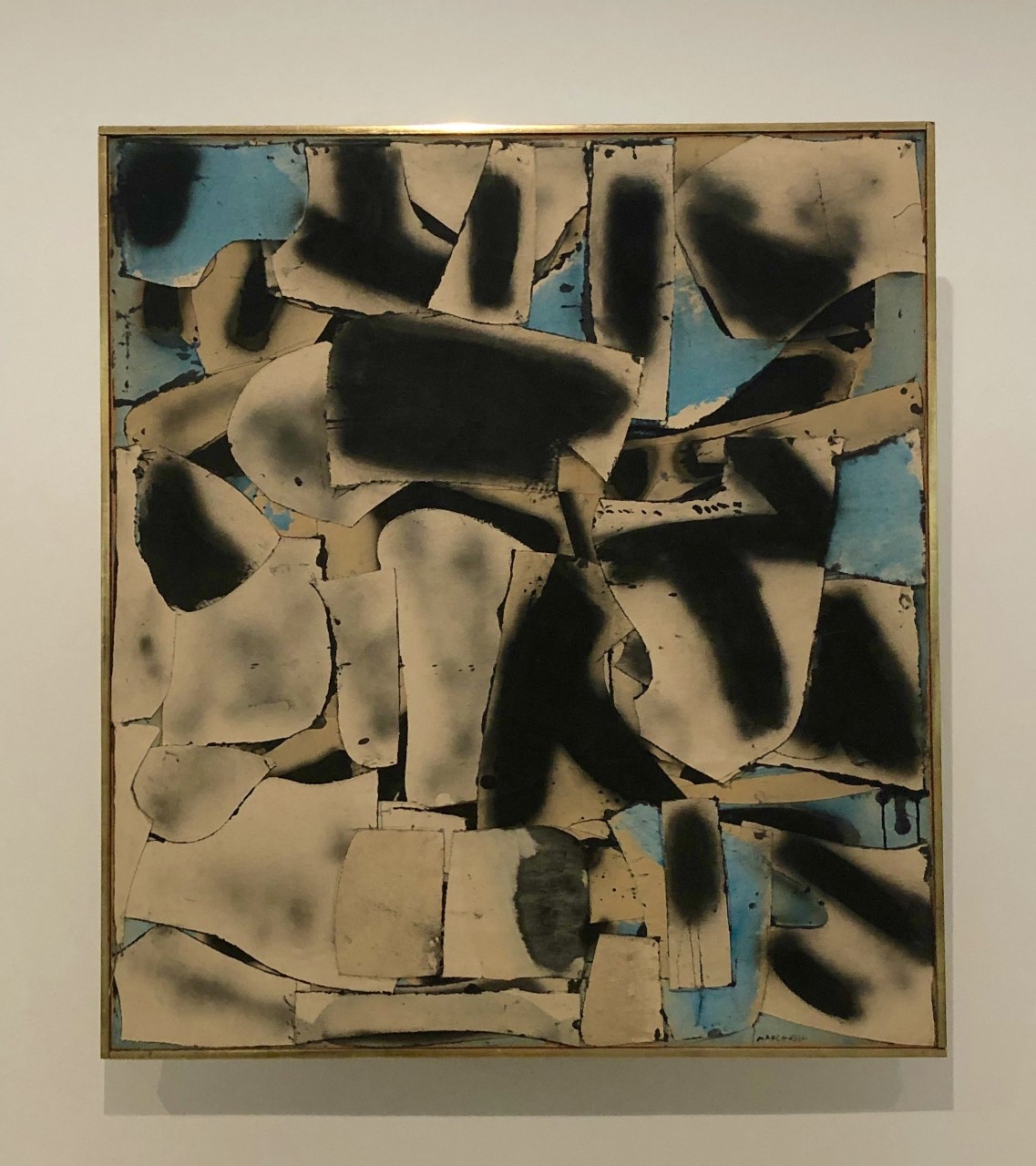 Each artist had previously had their own solo show at the museum and remain influential contemporary figures. Cai Guo-Qiang, Paul Chan, Jenny Holzer, Julie Mehretu, Richard Prince, and Carrie Mae Weems were invited to each formulate a collection to display on a level of the rotunda. They uncovered pieces of a myriad of different media from a variety of artists and chose to exhibit ones that engage with the cultural discourses of their time. With nearly 300 artworks on display, these discourses range from the early modernist utopian aspirations, to the mid-century abstract explorations of formal qualities, and the sociopolitical climate of the 1960s and 1970s. Each artist boiled all of this down to one theme to center their collection to.

Cai Guo-Qiang starts off Artistic License on the first floor by creating a site-specific installation titled Non-Brand as a way to challenge the “branding” that society assigns to significant artists. Guo-Qiang showcased many abstract works by modern artists such as Mark Rothko, Piet Mondrian, Vasily Kandinsky, and Joan Miro before they became prominent in society for their trademark styles. He also created new pieces of his own gunpowder paintings that were inspired by pieces from the Guggenheim’s collection to display.

On the second floor, Paul Chan presents Sex, Water, Salvation, or What Is a Bather?, which focuses on bathing as it appears in Western art and what this fixation says about water, pleasure, faith, and exile, beginning with Lawrence Weiner’s language piece To the Sea… (1942). Chan asks the viewer to see these paintings and think about enlivening it is to be near a natural body of water. Many cultures view water as a source of life, means of cleansing, and instrument of rejuvenation. In art, it is often paired with a bather, thus bringing together the spiritual, material, and sensual.

Four Paintings Looking Right is Richard Prince’s collection that revolves around postwar international abstraction and the value of originality of it. Prince discovered many paintings from all over the world that he found to be oddly similar to each other. In thinking about Abstract Expressionism, what is it that society found attractive and unique about the artworks? This is one of the questions Prince encourages his viewer to ponder. He chose to align well-known artists’ works next to lesser-known to further his thoughts.

In a similar way to thinking about abstraction, Julie Mehretu chose pieces created postwar that exemplify existential suffering. Cry Gold and See Black epitomizes the response that artists have had in times of great conflict and how they reimagine the future. From Rauschenberg’s Untitled (Gold Painting) (1953) to David Hammon’s body print Close Your Eyes and See Black (1969), Mehretu found the title of her collection and the center of her

presentation. The abstract works she chose reflect the global urbanization and political upheaval endured after every aspect of destruction caused by war. These artists have used abstraction to signify the magnitude society has endured that simply could not be put into words.

Arranged on the fifth rotunda is Carrie Mae Weems What Could Have Been, a collection of black and white artworks that acts as a metaphor for the lack of black, brown, and women artists present in the Guggenheim’s collection. To start off her collection, Weems chose Joseph Beuys’ Virgin (Jungrfrau) (1979), which is formatted like a classroom with the intention of representing cultural debates like Beuys enjoyed having. It further aimed to exemplify Beuys’ belief that art could change sociopolitical reality. It is the perfect cornerstone of Weems’ collection as she, too, hopes to make a point and change what has typically been done in the art world. 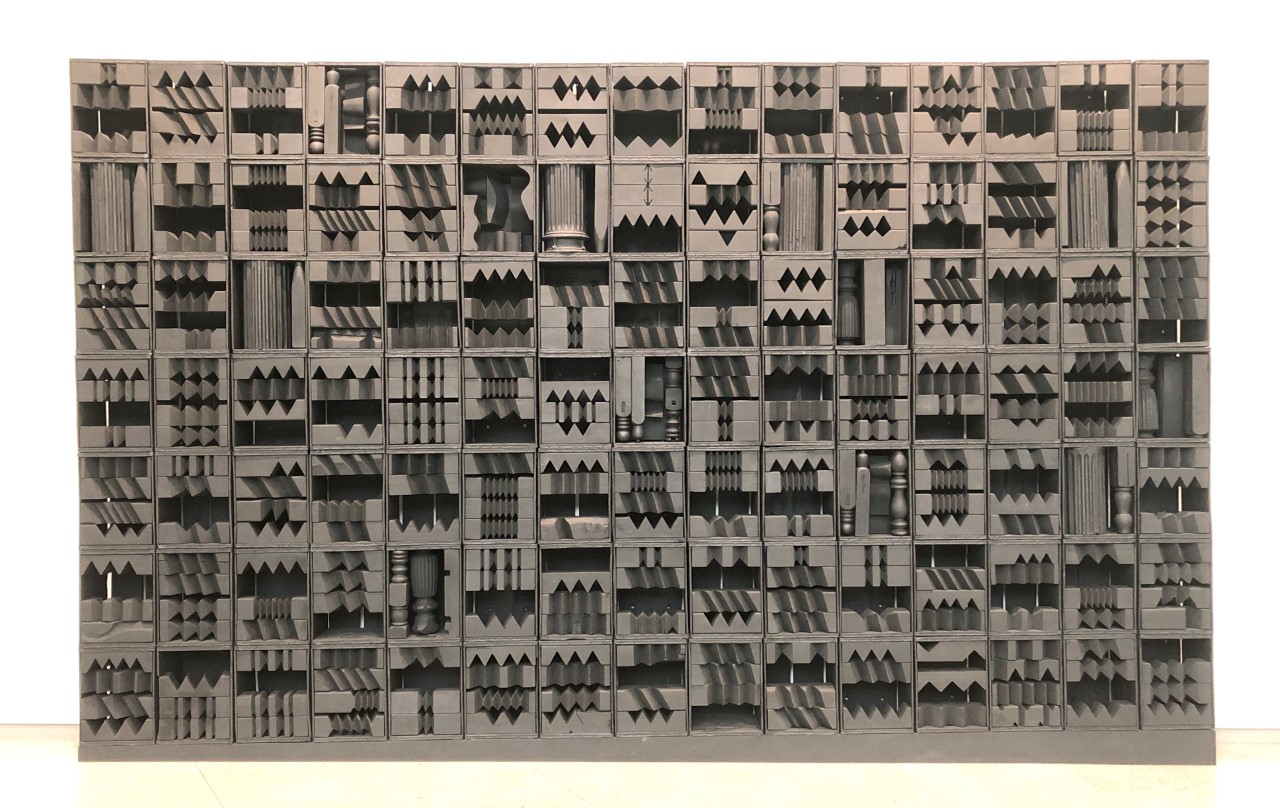 Jenny Holzer, the artist who cultivated the Good Artists collection on the sixth floor, similarly aimed to tackle the Guggenheim’s lack of diversity. Every piece Holzer selected was created by a woman; the museum claimed that a mere 15% of their collection from 1900 to 1980 is created by a woman artist. Holzer intends for her collection to challenge the idea that a piece of art can be judged and identify whether or not the artist who made it was female or not.

Each section complemented or contradicted each other in some way, making the entire exhibition a wonderful sampling of the museum’s works. It turned the Guggenheim inside out and allowed visitors to see the museum in a new light. Artistic License has encouraged the museum to move forward towards the margins of the art world and honors the museums commitment to art as a force for upending expectations and expanding perspectives. The exhibition will close on January 12th, 2020 so there is still plenty of time to experience this revolutionary show.