Home » Our World » Automotive Year in Review: Winners and Losers

With 2019 in the books, the time has come for celebrations and post-mortems. Few industries lend themselves to such an exercise more than the automotive industry. Carmakers throw a lot at the wall in twelve months. Some of it sticks, and a new favorite is born. Some of it doesn’t, and Peggy Sue’s Dad shows up at home with an Edsel. At least his car will be unique…and have a push-button transmission. Today, Gildshire opens up the just-last-week machine to look at the car year just past. We call it the automotive year in review: winners and losers.

Our first winner isn’t a car at all, but it was a cultural moment in time. Real car guys and girls cringe at the over-the-top schlock known as Fast and Furious. This movie was about people with a passion for fast cars, built well. It was about overcoming long odds, and it was not about flying a car from one skyscraper to another. Movies that entertain and have historical substance are hard to find. Car movies that meet those criteria are impossible to find. Until this one.

There used to be some competition out there, but Jeep has had the hard-core off-roading lane all to itself lately. That’s why the announcement (and spy shots) of the new Bronco came as such great news. It looks like something you can take into the deep woods, rather than something best used to haul the kids to Target.

Twenty years ago, Dodge came out with a new Ram truck. We loved it for its manly looks. The grille was substantial and menacing in the rear-view mirror. Now, Chevrolet offers up something that is almost laughable. How many lights? I count eight! How many acres of grille? I also count eight! It looks like something a focus group developed when they hadn’t slept for a week.

Who knew Lotus was still making cars? It seems like the automotive giant from the 1960s had gone away decades ago. Now, imagine this baby rolling up behind you on the Interstate. 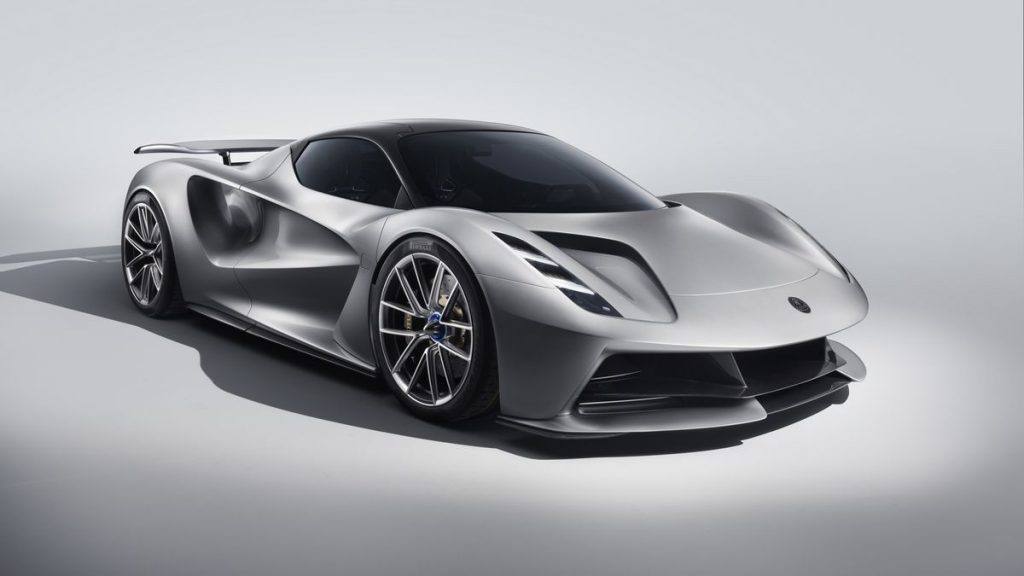 The Lotus Evija. Gildshire’s automotive year in review salutes you.

Without a doubt, this will be the Decade of the Electric Car. Lotus arrived early.

While the performance specs look impressive, the Mustang Mach E is not a Mustang! It has four doors! It’s fat! Okay, it goes fast. Ford should have called it a Police Interceptor. We said this is the Decade of the Electric Car, but advertisements that place this car with iconic Mustangs will not change our minds. The car may be okay, but the name is not.

Gildshire has never gotten weak in the knees about Corvettes, but there is something about this one. Perhaps it is the 0-60 in under three seconds thingy that gets us going. You read that right. UNDER three seconds. That kind of speed these kinds of looks (picture on top) and a price tag under 60k. What’s not to like? Correction, what’s not to love?

Vehicle reveals are staged to elicit oohs and ahhs from the assembled crowd. After all, you only invite the devoted to such an event. When Elon Musk pulled back the curtain on his truck, the response was deadly quiet, punctuated by snickers. The event was fully labeled a disaster when Musk broke the unbreakable glass. Hey, Tesla may build a great e-pickup by 2030. We would not put it past Elon Musk. But, this truck isn’t that truck.

That’s our automotive year in review for 2019. We will watch with you as other winners and losers hit the streets in the years to come.