Home » Our World » Baby Boomers: An Interesting and Important Generation

Each new generation garners a new moniker that will forever define that section of individuals. Baby boomers are those who were born between the years 1946 and 1964 or during the post-World War II baby boom. As of 2021, these individuals would be between the ages of 54 and 74. This is a unique generation that has seen numerous technological advances from color television to the invention of the internet.

This means that baby boomers are a generation like no others.

Baby boomers have truly shaped the cultural landscape for many years and will likely continue to do so as they reach their retirement years. The Boomers are defined by a number of characteristics, whether this is because they were raised during a time when protesting was common or because liberal characteristics reigned during their formative years, they truly changed the way in which the world was perceived. Though it may seem unlikely, baby boomers are typically financially secure and consumer-oriented, but also tend to have more luxury items and disposable incomes. This could be because baby boomers understand that they must work for what they want and are owed nothing that is not earned. This independent generation did not have parents to fall back on so they learned to fend for themselves. They have also learned to follow society’s rules, almost to a fault. This may have been because the punishment was much harsher for the Boomer generation. 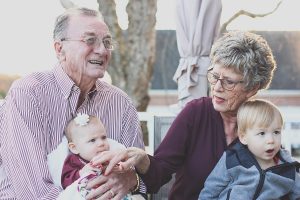 Our Grandparents, An Interesting and Important Generation

Being a baby boomer may mean being financially secure or hard-working, but Boomers are not completely perfect. Baby boomers are less likely to willingly accept a changing society. They were raised with strong morals and values that may be challenged by a society that embraces differences and full cultural acceptance. In these strong beliefs, they may be unwilling to change to be politically correct in thinking, actions, or speech. Additionally, the technology that is embraced by current generations may be a challenge for baby boomers. While those still working are likely to deal with technology daily, it may not be at a high level. This was a generation that wrote letters, made phone calls from a wall phone, and had to drive to see a movie instead of viewing it on their phone. Therefore, this makes the generation a bit technologically challenged overall.

Baby boomers can teach current generations a great deal if they are willing to listen. Are you a Boomer? Are these descriptive characteristics correct?

How to Get Your Kids Over the Winter Blues