There is a special place tucked away in upstate New York. It’s 206 miles from Manhattan, but it is much further than that in terms of pace and lifestyle. Here, tree-lined streets host games of street football, near yards dotted with outdoor grills. The folks here know each other by name, but they are equally welcoming to visitors from out of town. That’s a good thing because there are lots of visitors from out of town, especially this week. Because, this is Cooperstown, New York, home to the Major League Baseball Hall of Fame. Each year, right around this time, great players, managers, and members of the baseball media receive baseball’s highest honor. Namely, induction into the baseball version of the Holy of Holies.

This year, baseball honors the newest class of inductees over the weekend of July 19-21. Today, Gildshire’s “Sport” Magazine celebrates baseball with this look at the Class of 2019.

One of his eras most-dominant starting pitchers, Roy Halladay was a big man with big talent. He ended with 203 wins and 105 losses and a 3.38 ERA, with 2,117 strikeouts. Halladay’s 20 shutouts led the league four times. His 67 complete games included seven times in which he led the league in that category. Four times this workhorse led the league in innings pitched.

He was in the top five in Cy Young voting seven times and twice led his league in wins. In his best season (2010) he threw both a perfect game against Florida in the regular season and a no-hitter at Cincinnati that postseason. Both feats came as a member of the Phillies.

The other members of the Class of 2019 were no-brainers to make the Hall, but the path to Cooperstown was fraught with doubt for Edgar Martinez. Inducted in his last year of eligibility, Martinez becomes the first player in the Hall who was primarily a designated hitter, though he played both third and first base in the first half of his career.

Martinez was a seven-time All-Star, five-time Silver Slugger award winner and two-time winner of the American League batting title. He finished his career as a .312 hitter with 309 homers, 1,261 RBI and a .933 OPS. He led the American League in on-base percentage three times, in batting average and doubles twice and in runs and RBI once. 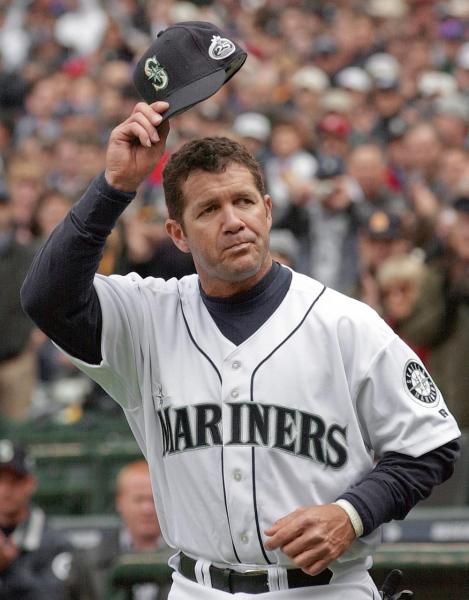 One of his generation’s most-consistent starters, Mussina anchored two different rotations into postseason play. The sturdy righty appeared in the post an astonishing 16 different years, with seven victories in postseason play. Mussina finished his regular-season career 270-153 with a 3.68 ERA. He amassed 2,813 strikeouts along the way. “Moose,” threw 57 complete games including 23 shutouts.

When you think of “saves” you picture Number 42 in Yankee pinstripes. The most-dominant ninth-inning man in baseball history, Rivera was so well-respected that he became the first player unanimously inducted into the Hall of Fame by the Baseball Writer’s Association. Everyone knew he would be a first-ballot Hall of Famer, but unanimity and the baseball Hall were unrelated until Rivera’s induction. What did he do to earn such an honor?

The Yankees closer was a 13-time All-Star, a five-time World champion and the 1999 World Series MVP. He finished in the top five in the Cy Young Award voting on five separate occasions while recording a major league record 652 saves. He registered 50 or more saves in a season twice, and 40 or more saves nine times.

Gildshire celebrates and congratulates the Major League Baseball Hall of Fame Class of 2019. We loved watching you play! Enjoy Cooperstown and the applause coming your way.

Is Celery The Most Underrated Vegetable?