Beating the Tariffs: What to Buy Right Now!

Home » Our World » Beating the Tariffs: What to Buy Right Now!

The whole “when to buy” question used to be one that was more easily answered. You bought items at the end of their season. Do you need an overcoat? Buy one in March. Are you running out of gift wrapping paper? They’re giving it away the week after Christmas. You always felt like a smart shopper. Now, though, there is more in play than the traditional shopping season turnover. President Trump’s trade war makes the stock market peripatetic. But, that’s all over the news. What is less-reported is the effect that is being felt by the everyday American shopper. They need to know how to go about beating the tariffs, and here is why.

As Everett Dirksen supposedly said, “A billion here and a billion there. Pretty soon we’re talking about real money!”

That’s exactly right. In a letter to the company’s clients, JP Morgan estimated that the tariff war will cost the average household $1,000 a year. Indeed, the prices on condiments for your dinner are already rising. But, there’s time to buy other goods before prices climb. President Trump delayed some tariffs until mid-December “for the Christmas season, just in case some of the tariffs would have an impact on U.S. customers.” That was an admission, of sorts, that the American consumer could be harmed. Here are Gildshire’s ideas for some items to buy before December. In other words, beating the tariffs.

The shoes you are wearing right now were likely constructed in China. How likely? About 99% of the shoes purchased in the United States come from China. Specifically, the tariffs target waterproof shoes and boots, sports footwear, slip-on footwear, and golf shoes. In all, 56 shoe products are on the tariff list.

Winter clothing, in particular, is on the hit list. Hockey fans are going to feel the sting, and it won’t just be the cold weather. Tariffs can be anticipated on “hockey gloves, along with items coated in plastic or rubber.” 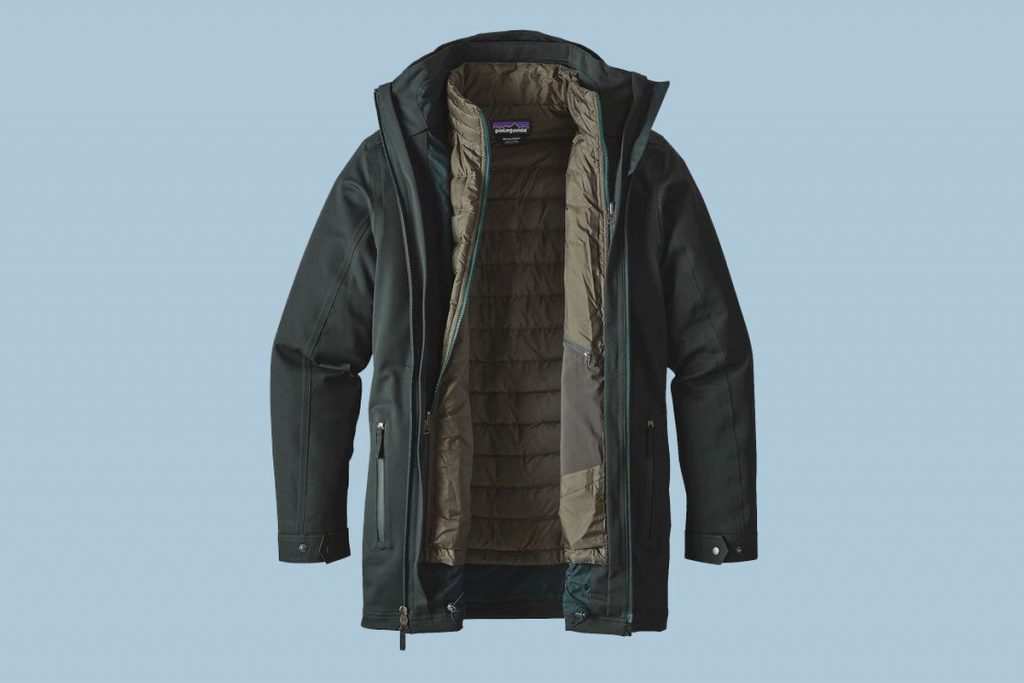 Beating the tariffs may mean purchasing this Patagonia jacket now!

Tech gear, as you would probably expect, is included. These items include laptops and cell phones, computer monitors, headphones, keyboards, and speakers. Apple product enthusiasts should consider making their next big purchase right now! President Trump openly challenged Apple, telling the Twitter-verse that the Mac company will NOT get a tariff waiver. Sources estimate the price of iPhones, including the new iPhone 11, will jump 10% as a result of the tariffs.

It is times like these that you discover more items are Chinese-made than you knew. Greeting cards! If you’re old-school and enjoy snail-mail birthday or holiday cards, it will become more expensive to do so. The birthday card for your adorable granddaughters, (albeit, mine being slightly more adorable) will see a price increase. Also, Christmas tinsel, ornaments and nativity decorations will become more expensive just when you want to put them on display.

The things you use every day around the house are going to become more expensive. Microwaves, clocks, curtains, scales, electric blankets, ceiling fans, washing machines, dryers, and more will be hit this December.

Does it feel to you like the economy has resembled a bucking bronco for the last few years? Indeed, Gildshire feels your pain. Hopefully, these forewarnings and ideas for beating the tariffs will come in handy. We’re all in this together, friends. Together, we will forge ahead.

How to Remember More of Your Dreams?

How to Make a Good First Impression?