Home » Uncategorized » Best Cartoons For Kids (That Adults Love, Too)

We’re in another golden age for animated children’s programming. While 90’s kids remember shows like “Hey Arnold” and “Rocko’s Modern Life,” there are newer additions that today’s kids will look fondly on when they’re older. These shows are also entertaining for adults, and present lots of opportunities for good conversations between parents and kids. Here are five cartoons that have earned their fair share of critical and viewer praise:

Though it only ran for 2 seasons (the creator’s choice), Disney XD’s “Gravity Falls” remains extremely popular among a wide age group. Centering around 12-year old twins Dipper and Mabel Pines, the show features subtle references to “Twin Peaks” in its setting of an Oregon town saturated with mysterious and supernatural forces. In its short runtime, it still managed to lock down two Emmy’s and a nomination for a Peabody award. In terms of serious stuff, it features some disturbing images of monsters, demonic forces, and life-or-death situations. Depending on the kid, 8-year old’s should be fine.

“Star Versus the Forces of Evil”

Star Butterfly, a princess from another dimension, is sent to live on Earth where she can safely learn magic using her family wand. Her foster family includes Marco, who soon becomes Star’s best friend. Together they navigate ordinary problems with school and friends, as well as more supernatural issues from forces that want to overthrow all that’s good. This Disney XD series is especially good for young girls, since it is unusual to have a female lead in a cartoon. There’s some real danger and threat of violence, so the show is probably best for kids at least 7 to 8-years old. 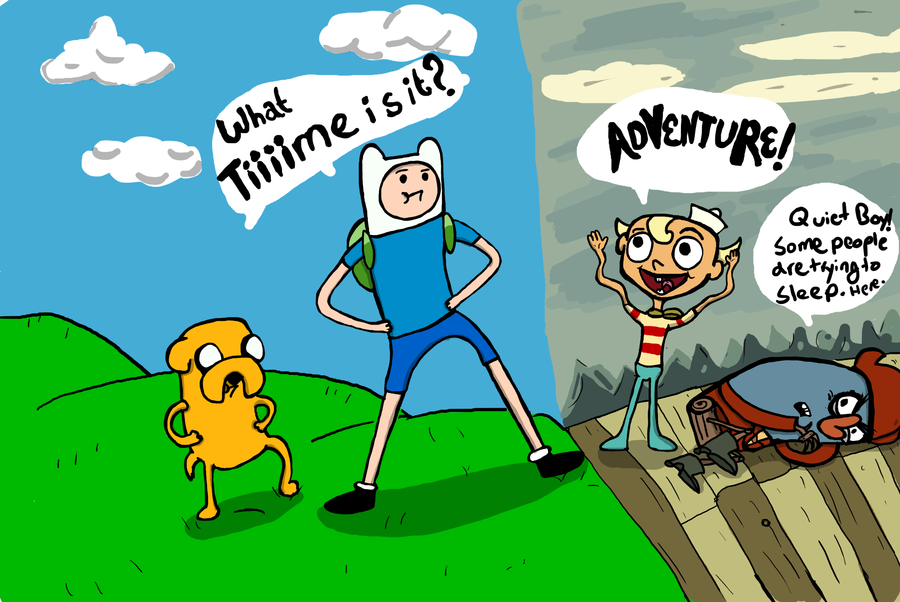 A show with six Emmy’s and a Peabody to its name, Cartoon Network’s “Adventure Time” is one of the weirdest and most complex cartoons on television. Set in the Land of Ooo, which appears to be Earth after a nuclear war, a human named Finn and his magical best friend Jake the Dog have all kinds of adventures featuring characters made from candy, vampires, and more. It has some subtle, but still mature themes including betrayal, abandonment, heartbreak, sexuality puberty, and violence. Kids at least 8 would enjoy the show, though since they can grasp the full complexity of the show, older kids and adults should check it out, too.

Featuring aliens with magical gemstones as their core source of being, “Steven Universe” is considered the most LGBT-friendly cartoon ever. The aliens – known as “Gems” – take feminine form, but there’s a lot of gender and sexual fluidity that’s handled very well by Rebecca Sugar, the show’s creator. It’s been nominated for three Emmy’s and promotes the importance of family and friendship. In addition to the more mature LGBT themes, the show also deals with real issues like PTSD and depression. Most 8-9 year old’s would enjoy the Cartoon Network show. 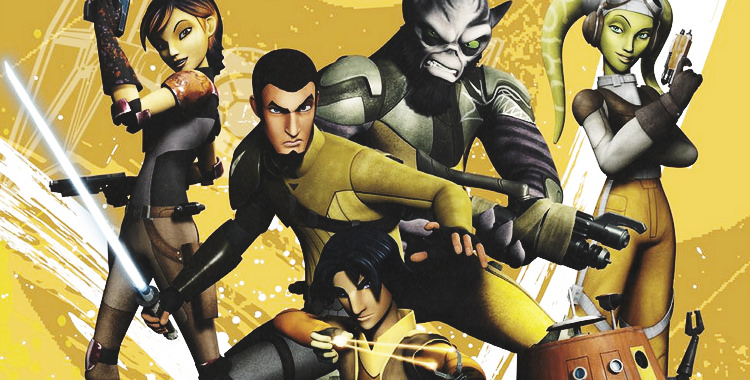 Inspired by his curiosity about how the Rebel Alliance operated, the show’s creator wrote an original story about a group of rebels aboard the ship the Ghost, set 14 years after the fall of the Jedi Order and rise of the evil Empire. Thematically modeled after the original movies, the 3D cartoon embraces an adventurous, but grounded style that includes realistic depictions of the Empire’s oppression. Airing on Disney XD, the upcoming season 4 will be the cartoon’s last season. If your kid likes Star Wars, the show will be just fine, though for reference, it’s geared towards 11-year olds and older.