Horror has always been a favorite theme in video games. PC games are interactive unlike movies, which is why horror games for PC are able to deliver a more intense and scary experience. They don’t have to be a part of the audience anymore. Gamers can now be at the center of the action, trying to survive and escape the onslaught of horror.

Over the last few years, gamers have been able to experience all types of horror on PC, which includes taking on paranormal forces, zombies, and vicious aliens. Here are the best horror games for 2022 on PC.

Phasmophobia has already achieved a cult following. This is a 4-player psychological horror game where you will be a part of a team of paranormal investigators. The team will go to haunted places to gather evidence, which is why it is often called a detective game too with a horror twist. The game needs a lot of detective work. You will have to pass through many quiet rooms, eerie corners, and dark corridors.

You will have ghost hunting equipment for searching and recording the evidence. The equipment in your arsenal doesn’t include traditional shotgun shells. What you have instead are a spirit box, ouija boards, smudge sticks, night vision cameras, thermometers to check whether there is a sudden change in the temperature, and a crucifix. You can also ask a question when you meet a ghost. However, often, the ghosts become upset when you come too close. Escape quickly to save yourself. Ghostly activity can often become hostile. 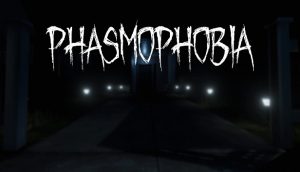 Phasmophobia has fantastic sounds and graphics. There are more than 10 types of ghosts you can encounter in this game, all having unique traits. Up to 4 players can play this immersive horror game.

It is 2036. Nuclear war has already devastated Earth and there are only a few thousand survivors who live in metro tunnels below the ruins of Moscow. These survivors have to fight mutated beasts, many paranormal horrors, poisoned horrors, and even a raging civil war.

As the protagonist Artyom, you will now have to flee the tunnels and lead a team to search for new life. The journey spans the entire continent.

Metro Exodus is a first-person shooter horror game that is driven by an interesting story. The storyline is gripping and the graphics are fantastic. It is inspired by the story of Russian author Dmitry Glukhovsky. You will board the Aurora, which is a modified steam locomotive with a few survivors. Travel through the post-apocalyptic Russian wilderness. Prepare your weapons carefully by scavenging and crafting. The choices you make will determine the fate of your comrades. The target is to stave off the dangers of a post-apocalypse world, survive, and find a new, safer place.

Resident Evil Village is the 8th installment in the Resident Evil franchisee. This is a first-person action survival horror game. The story begins with Mia and Ethan Winters living peacefully at a new place. They are trying to rebuild their lives after the past nightmares. However, there is tragedy once again. Chris Redfield, who has been a hero in the series, has sinister motives in this game. There are other adversaries too in the village who hunt Ethan and block his every move. 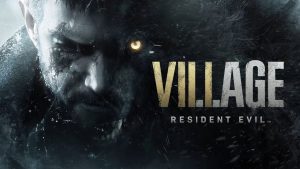 The game is intense and terrifying. Resident Evil Village also probably has the scariest moment in the entire series. Zombies, dark tunnels, sinister characters… this horror game in the Resident Evil series have everything. The graphics are more realistic than before.

In this game, you are stuck on a space station and feel powerless, while a huge scary alien is on the hunt. Fifteen years after Alien, Amanda the daughter of Ellen Ripley is trying to find out the truth behind the disappearance of her mother. When Ellen left Earth, she had promised Amanda to return for her 11th birthday, which never happened. Amanda now learns that the flight recorder of Nostromo, her mother’s ship has been recovered in a remote corner of space.

However, when the crew arrives, they find a menace that is stalking and killing everyone.

She must navigate through a volatile world where the alien threat is looming everywhere. Amanda now faces the same threat as her mother. Amanda is underprepared and underpowered. She must scavenge to find resources and improvise. Surviving to stay alive becomes the priority.

Underpowered and underprepared, she must scavenge resources, improvise solutions and use your wits, not just to succeed in your mission, but to simply stay alive. Alien: Isolation is a first-person hiding game. The monstrous stalker cannot be shot, bashed, or beaten. The deadly alien can appear anytime without warning.

This horror game for PC is also set in space. You play as the engineer Isaac Clarke on the USG Ishimura spacecraft. It is a deep-space mining ship that has lost its power after retrieving a strange artifact from a distant planet. Isaac how focuses on repair. However, the crew is attacked, gets infected and slaughtered by an alien. You are not a soldier or warrior. However, you are the last line of defense, trying to keep the remaining crew alive.

Isaac gets trapped and cut-off from the others. It is a desperate battle for survival. The game has many traditional firearms. You can send vertical or horizontal blasts by using the Plasma Cutter. There is a disc ripper and a high-speed saw blade. However, firearms may not work at all times. The monsters have insect-like limbs that must be dismembered, so the battle is often very close-up and terrifying. The terror can strike from anywhere, so you will always have to be alert. It is a shocking thriller.

There are all types of horror games for PCs and they are getting better every year. The storyline, graphics, and sound effects are all improving. The horror games in this list are all fantastic. You can also play The Evil Within 2, System Shock 2, Outlast, Little Nightmares, and Man of Medan.