The 2019/20 NBA season starts in just a few days, and Gildshire Sports is more excited than ever. The league is in turmoil with players changing teams, and General Managers (looking at you, Houston) getting into spats with foreign countries. The great run by the Golden State Warriors was fun to watch, but it made the regular season seem irrelevant on their march to victory. This season should be a dogfight in both conferences. Are there issues plaguing the Association? Of course. “Load management” is the new buzzword, meaning “You paid $200 for your ticket, and the best players aren’t playing.” That is an issue that must be made less debilitating on fans. But today the subject is the on-court performance and the best NBA storylines for the upcoming year. Let’s get into it.

Storyline #1. Can the Warriors Pick Up the Pieces?

The Warriors’ latest championship effort ran aground against the Toronto Raptors. Part of that was Kawhi Leonard and the tough Toronto defense. But Golden State lost both Kevin Durant and Klay Thompson to injury during the finals. Durant will be out for this season, and he moved to Brooklyn to play with Kyrie Irving next year. Thompson is out until at least mid-season. Golden State is opening a brand new arena in San Francisco. Can they put a decent team in their new home behind Steph Curry and the newly acquired DeAngelo Russell? Is this a .500 team? A conference contender? Neither of the above? Predictions are all over the map, and that is what makes this one of the best NBA storylines. 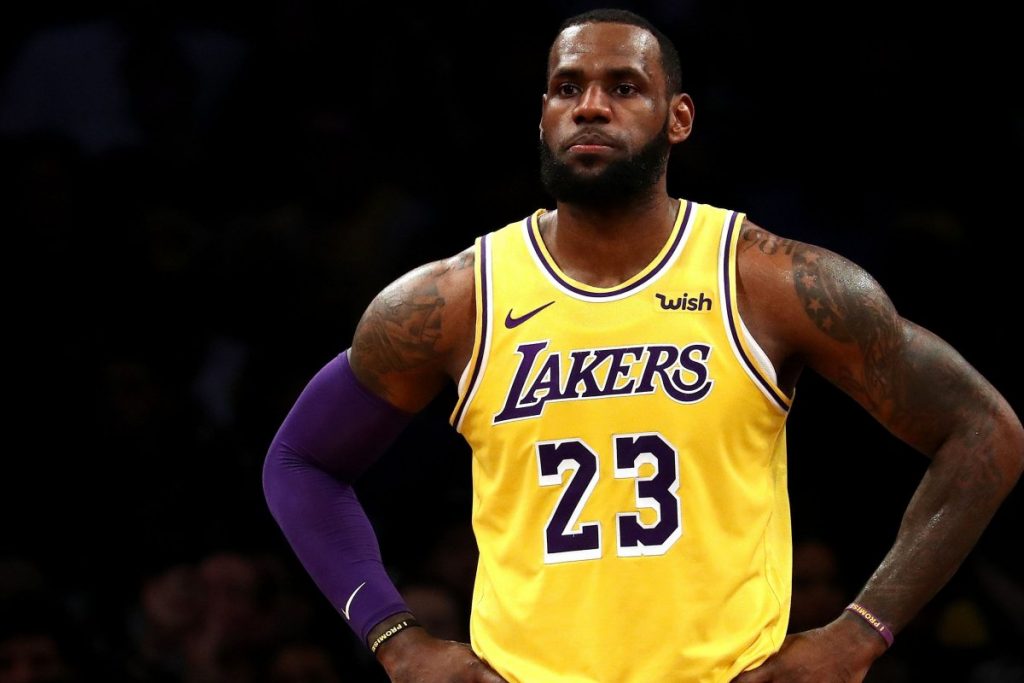 When has LeBron James NOT been one of the best storylines in the NBA.

Kawhi Leonard celebrated his NBA championship on the streets of Toronto and promptly left Canada for Los Angeles. There, he found Paul George waiting, and the Clippers have been anointed the favorites to win the 2019/20 title. “Wait just a damn second!” Oh, hello LeBron, aka King James, aka, The Baddest Man! The Lakers traded for center Anthony Davis from the New Orleans Pelicans to team with LeBron James and position themselves as the favorites. Only one team can rule the City of Angels. Which one will it be?

Storyline #3. What to make of the Houston Rockets?

If you enter the Federal Witness Protection Program, you will be sent to anonymity. That might be Houston and any member of the Rockets not named James Harden or Russell Westbrook. When the Rockets acquired Westbrook from the Oklahoma City Thunder this off-season, they paired the two most ball-centric players in recent NBA history! Can they play together? Will Westbrook be okay playing something other than a ball-hogging point guard. Will the NBA officials ever call James Harden for traveling when he jumps backward to shoot his J? (We already know the answer to the last one, but it bugs us, anyway.) Houston is a storyline, for sure.

Those are the three best NBA storylines, in our opinion but you may have three of your own. That’s what makes the start of every season a fresh new beginning. Time to jump it up, fellas. Let’s get this party started!