For most of us, true crime podcasts were under the radar until “Serial” exploded in popularity. Some say it even impacted the case it covered when the subject got a new trial. With documentaries like “Making a Murderer” and more podcasts getting attention, it’s clear that crime is in. Why? Psychologists say it has something to do with our natural curiosity about the morbid and our desire to feel safe. While we would never want one these cases to happen to us, we do want to explore it within the safety of our own lives. We get to engage, but in a detached way.

As one of the best online arts magazines, we here at Gildshire thought it only appropriate to list the true-crime podcasts you should check out. 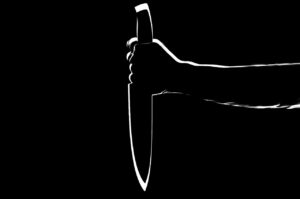 For the lighter-hearted: My Favorite Murder

If you’re curious about true crime, but are on the squeamish side, “My Favorite Murder” is a good choice. The hosts are comedians, and they aren’t afraid to joke around, though listeners say they are always respectful. They’ve covered serial killers like Aileen Wuornos, and record episodes where they read fan-submitted stories.

For the gore-lover: Sword and Scale

On the other side of the spectrum, “Sword and Scale” is not for the faint-hearted. Armed with tons of research, this often-graphic podcast has categories on their website with tags like “Torture” and “Bizzare.” They’ve covered the Silk Road drug ring and the recent Palm Springs abuse case, where parents handcuffed their child to a crate for an iguana.

Hosted by former journalist Richard O. Jones, even just visiting “True Crime Historian” website is a trip. On the podcast, he covers all kinds of cases from the past – both big and small – and places them in historical context. He gets in the nitty-gritty of how they were investigated and (sometimes) solved, as well as why they matter. Jones also writes books modeled after “dime novels” from the past, in which he chronicles true-crime stories and sells them for just $2.

For the detail-oriented: Heaven’s Gate 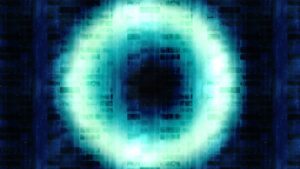 Covering the notorious cult case it’s named after, what makes “Heaven’s Gate” so compelling is that the host, Glynn Washington, was once in a cult himself. Because of that emotional connection, Washington was able to get interviews with former Heaven’s Gate members. Over its 10-episode run, the podcast gets into details that one episode couldn’t possibly cover.

For the wannabe detective: Generation Why

If you fancy yourself a deductive person, take a listen to “Generation Why,” a podcast that covers unsolved cases or ones with conspiracy theories swirling around them. Hosted by two friends, there are over 250 episodes and counting, so you’ll have a lot of head-scratching to do as you sift through all your theories.

For lovers of mob movies: Crimetown

Created by the minds behind HBO’s “The Jinx,” this podcast covers crime city by city. It’s new this year, and for their first season they’re covering Providence, Rhode Island. If you love movies like “The Godfather,” this is the podcast for you.

For fans of the “Order” part of Law & Order: Undisclosed

Rather than focusing on the crime and its grisly details, this podcast dives into the criminal justice system from the bottom up. Whether it’s wrongful convictions or discussing evidence that didn’t get to court, you’ll learn about cases over the period of 10 or so episodes.

More of a food fan than a murder maven? Here’s a list of food podcasts to listen to collected from the best online arts magazines.