Sing it with me and the iconic 90s group, “The Go-Gos!” “Vacation’s all I ever wanted! Vacation had to get away!” Ah, friends, what lovelier words are there than those lyrics that send you off on a vacation week or two? That’s all true for generations of people who labored 50 weeks out of the year, longing for that two-week break. But, a recent study from Conde Nast showed a trend among the working population. Younger employees choose multiple breaks a year, instead of saving for the big blowout vacay. They would rather spend two accrued vacation days than wait it out all year. Gildshire can respect that, so we came up with the best weekend getaways that feed into the new way of doing time off. These are the cities we would visit with just 2-3 days available. We call them the best weekend getaways in America.

Sure, it’s a no-brainer for those who prefer their music with ten gallons worth of hat. But, there are things to see and do in this cosmopolitan city that have nothing to do with yee-haw! Nashville offers tons of museums, a host of southern dishes you may have never tried, along with Cheekwood Gardens and Centennial Park. Gildshire likes the Clarion Hotel Nashville Downtown-Stadium and found a room there for $149.00.

Frank Sinatra said Chicago was his kind of town, but he was known to flirt with every city that had a skyscraper and a lounge. In this case, though, he was on to something. Stroll Navy Pier, see a Cubs game at Wrigley, or ride the elevator to the Skydeck and see the city like the birds see it. Book a room at the Hyatt Place Midway airport for just $127 a night! That’s an excellent value for a summer stay in a great city.

Contrary to what you may have heard, Seattle summers are the best in the nation, hands down. It rarely rains on the Emerald City during July and August. Low humidity and high temperatures ranging from 75-80, combined with Seattle’s relatively small footprint, make this the perfect walking city. With its evergreen scenery and glorious Mt. Rainier backdrop, Seattle is the Pacific Northwest’s crown jewel. Grab some tasty treats at Pike Place Market, in preparation for a walk to Olympic Sculpture Park. Later, take a load off with a stop at one of (and we are not exaggerating) 1,700 coffee shops, only some of which are Starbucks. 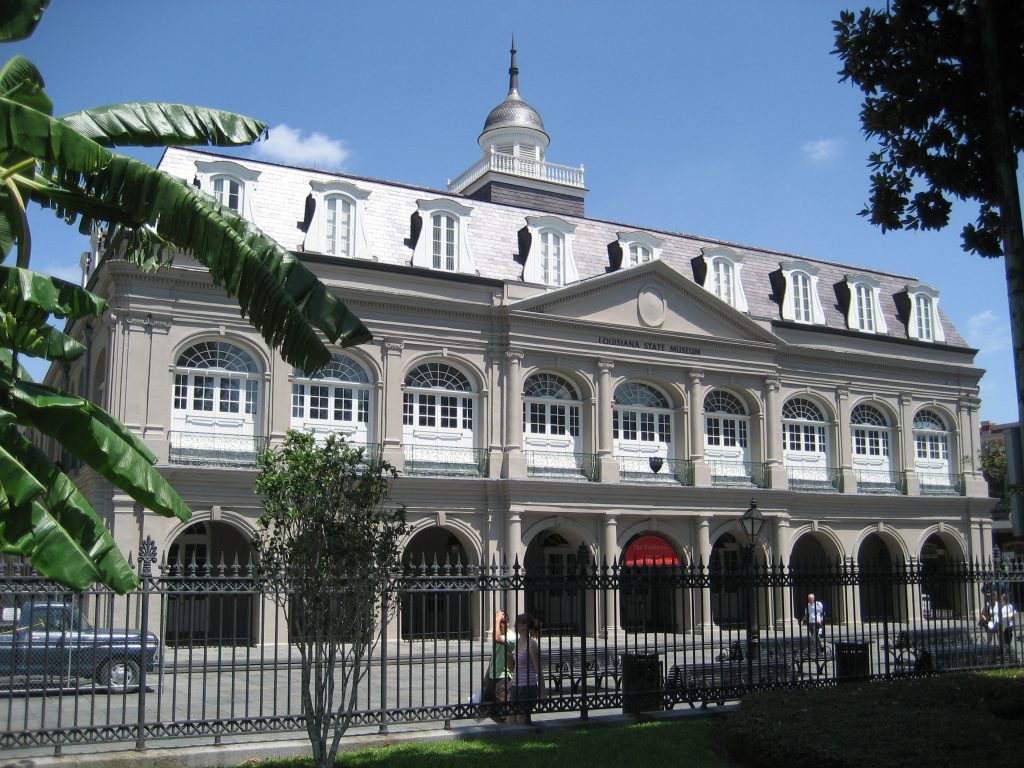 Climb up out of Bourbon Street and visit one of the country’s great museums. The Presbytere should be on you best weekend getaways list.

Celebrate the life of the recently passed Dr. John with a weekend in his hometown. That’s appropriate because N’awlins is known for booze and Bourbon Street, but the locals will tell you that music is the heartbeat of their town. Head on out to Preservation Hall’s live jazz seven nights a week. Check out the art in Jackson Square, and the Presbytere Museum’s (pictured above) tributes to Mardi Gras and remembrances of Hurricane Katrina. Gildshire is fond of the Cambria Hotel & Suites New Orleans Downtown Warehouse District, and found a room there for $97.00!

You can’t say you have seen Texas until you’ve made three Lone Star trips. That’s what we discovered in putting together The Greatest Road Trip Ever Taken (on sale now on our home page). You need to see the big and bustling cities, including San Antonio’s unparalleled Riverwalk. You should squint through the sun at the wide-open spaces of west Texas. But, you cannot leave until you’ve spent a day or two in Austin. This town doesn’t do Texas stereotypes. You could go all day without seeing cowboy boots! Gildshire thinks Austin-ites are the coolest locals anywhere in the south. Enjoy a concert on 6th Street, eat barbecue and Tex-Mex until your shirt buttons strain. End the day in the natural waters of Barton Springs Pool. When we are in Austin, Gildshire stays at Home2 Suites by Hilton Austin North/Near the Domain. The last we checked rooms were available for $130 for a stay there this summer.

The Measles Epidemic: What You Should Know